The Basel Convention on the Control of Transboundary Movements of Hazardous Wastes and their Disposal – more commonly simply referred to as The Basel Convention – is an international treaty that came into force in May 1992 in Basel, Switzerland as a response to the rising awareness of environmental issues, and public resistance to the disposal of hazardous wastes.

There are 53 signatories of the Basel Convention, including countries across the EU and the UK.

What amendments have been made?

During the fourteenth meeting of the Conference of the Parties to the Basel Convention in April and May of 2019, amendments were made to Annexes II, VIII, and IX. The objective was to enhance the control of transboundary movements of plastic waste. 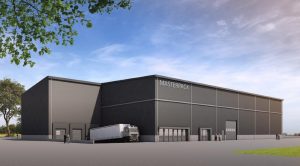 Analysis
Masterpack in May: What is New

The aim of the changes, as stated on the Basel Convention’s website, was to clarify “the scope of plastic wastes presumed to be hazardous and therefore subject to The Prior Informed Consent (PIC) procedure”.

Included in the amendments is a clarified definition of the wastes listed to be non-hazardous and not subject to PIC procedure. These include cured resins, non-halogenated and fluorinated polymers, and mixtures of plastic wastes consisting of polyethylene, polypropylene, or polyethylene terephthalate.

These amendments came into force, as initially planned, on 1 January 2021.

Response to the amendments

“The British Plastics Federation (BPF) has called for many years for the UK to reduce its reliance on exporting plastic waste for recycling and has shown in its recently released Recycling Roadmap how it is possible to dramatically reduce the use of export over the next 10 years.

“The UK does not have enough recycling infrastructure to reprocess all the plastic waste it produces and therefore currently needs to continue to export some material.

“However, if the UK starts investing in expanding infrastructure now, then the 2030 projection within the BPF Recycling Roadmap, where the amount of waste we export for recycling is more than halved, is achievable.

“The report outlines a situation with zero reliance on low quality export, so the overall quality of material increases. It is essential that any material exported is sent to facilities able to process it in an environmentally sound manner and there are checks to ensure this takes place.

“The changes to the Basel Convention have meant that more plastic waste now needs prior informed consent to be exported. For plastic to be sent without prior informed consent, it needs to meet certain criteria. An example is being ‘almost free from contamination’. The UK has amended its waste shipment regulations to reflect this.

“The BPF hopes that the changes being made will help to drive up the overall quality of recycled material, as they inhibit mixed low-quality material from being exported without consent. The impact of these changes will be seen over the coming months.”

“The changes mean that only clean, separated single stream plastics – or clean mixtures of polyethylene terephthalate, polypropylene, and polyethylene – can move under light touch ‘Green List’ controls. All other plastics require ‘prior informed consent’ before they can be exported.

“However, waste can only move under Green List controls outside the OECD where this has been agreed with the non-OECD countries directly. Unfortunately, due to delays in the EU completing the required checks with non-OECD countries, these agreements were not made by 31 December when the EU legislation became UK law.

“This means B3011 wastes from England to non-OECD countries must now only move where ‘prior informed consent’ has been obtained from the Environment Agency . This issue is also affecting EU countries.”

“The Recycling Association is broadly supportive of the new amendments to the Basel Convention. Effectively, mixed plastics need to receive prior informed consent from non-OECD countries before being exported, while single stream polymers are permitted still for export without this consent.

“What this means is that high quality easy to recycle plastics can be sustainably recycled in manufacturing centres in places like Malaysia, Vietnam, Hong Kong, and elsewhere. Those polymers deemed more difficult to recycle will either need the consent of the destination country or will need to be recycled or disposed of here.

“This should dramatically reduce the export of lower grade plastics that are shipped by illegal operators and drags the legitimate recycling exporters down. It also means that countries that wish to benefit their growing economies can continue to import material to support their manufacturing operations confident that the material will be of better quality.

“One issue we have seen though is that the UK hadn’t realised that new EU rules, that would not allow all exports of plastics without prior informed consent to non-OECD countries, were also carried over to the UK prior to the end of the transition period.

“Exporters that had orders from Far Eastern countries and even containers at port, suddenly found out between Christmas and New Year that these exports were illegal from 1 January despite orders from countries such as Malaysia and elsewhere.

“It is important to recognise that these countries want to recycle plastics and other materials such as paper and metals, because it supports their manufacturing sectors.

“Until the UK agrees on the consent process with the destination countries, exports of recyclable plastics remain illegal. It could be three months before they resume.

“Without enough capacity to recycle plastics within the UK and EU, it is imperative that we can send material for recycling to non-OECD countries as it also helps develop their economies. What we do not want to do though is export low-quality polluting plastics.

“These new Basel regulations help to ensure that we only export high quality recyclable commodities instead.”