GlobalData, a leading data and analytics company, has revealed its global league tables for top 10 financial advisers in consumer sector by value and volume for 2021 in its report, ‘Global and Consumer M&A Report Financial Adviser League Tables 2021’.

JP Morgan and Rothschild & Co were the top M&A financial advisers in the consumer sector for 2021 by value and volume, respectively. 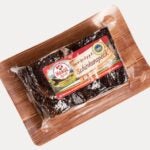 GlobalData lead analyst Aurojyoti Bose said: “Both JP Morgan and Rothschild & Co were clear winners in terms value and volume, respectively. While JP Morgan was the only adviser to cross the $40 billion mark, Rothschild & Co was also the only firm that advised on more than 70 deals during 2021.