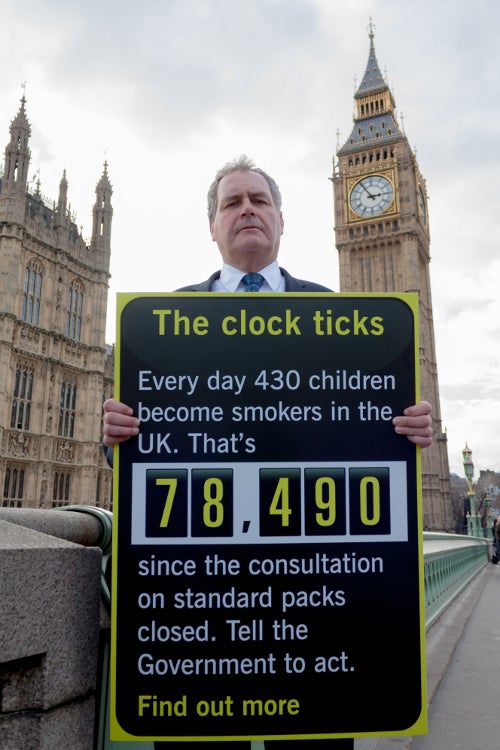 All Party Parliamentary Group (APPG) on Smoking and Health vice-chairman Kevin Barron MP is calling on the UK Government to commit to legislation to introduce standard packaging for all cigarettes.

The House of Commons voted for smokefree legislation seven years ago – a measure which has been helpful in saving lives by protecting millions of people from the dangers of secondhand smoke.

"MPs from all parties agree that we need to put an end to the promotion of cigarettes to young people through glitzy packs. We’ve got a great reputation in this country for protecting children from the dangers of smoking – now it’s time to build on this success," Blackman said.

Standard tobacco packaging is expected to stop the public being misled about the dangers of smoking and will make cigarettes look less attractive to young people.

The measure is being supported by MPs from all parties.

Since the consultation on standard packaging closed six months ago, over 78,000 children have taken to smoking.

APPG chair on smoking and health Stephen Williams said, "There is cross-party support for standardised tobacco packaging. We need to take action now before even more children are enticed into smoking, too young to understand the meaning of addiction and the health consequences of their newly acquired habit."

According to the group, as cigarette packs are attractive and misleading, especially to children, it is critical that standardised packaging is introduced so that they can be protected from the lure of cigarette packs.

Image: According to APPG secretary Harrow MP Bob Blackman, Australia has shown how easy introducing standard packaging can be.