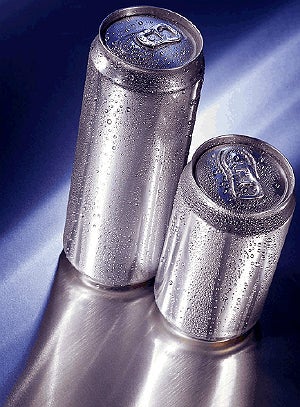 The Can Makers has revealed that a total of 5,147 million carbonated soft drink (CSD) cans were shipped in 2012, which represents a 0.6% increase on shipments in 2011.

According to the representative of the UK manufacturers of beverage cans, total empty can shipments in the UK reached 9,382 million cans in 2012, a decrease of less than 1% (0.7%) year on year.

The take-home beer market was affected by various factors such as the unsettled economic conditions, as well as bad weather at outdoor summer events.

According to Nielsen, cans account for over 57% of the total market and are the favoured pack choice for CSDs.

Eight packs, the popular can multi-pack format for CSDs, has overtaken single serves, while four packs have also enjoyed growth, according to The Can Makers.

A growth of 1% was achieved for cider in cans and multi-packs have achieved substantial growth in 10, 18 and 24 pack sizes.

The Can Makers chairman Geoff Courtney said based on the figures it can be said that the can industry is strong and has stood up well to the challenges presented by wet summer weather conditions as well as a double dip recession.

"Both CSD and beer and cider markets are in good shape and have out-performed most other FMCG products in 2012," Courtney said.