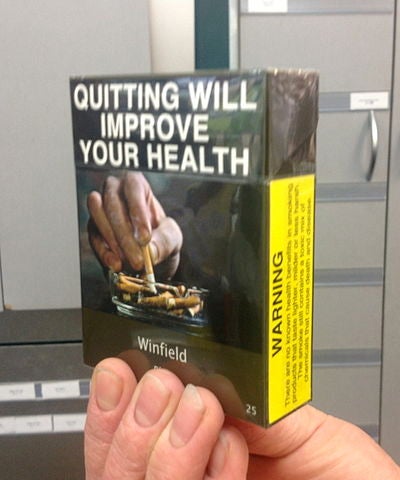 The YouGov survey, conducted for more than 2,000 women in the UK, also showed that 85% of all mothers and grandmothers with children under 18 believe that they should be kept away from tobacco marketing. Of those surveyed, 92% would be concerned about their children if they became addicted to smoking before the age of 18.

The data shows growing support behind the charity’s campaign to remove attractive and stylish branding from cigarette packs, while increasing the number of picture health warnings.

Cancer Research UK head of tobacco control Alison Cox said that smoking is behind eight out of ten cases of lung cancer, and there are over 100,000 tobacco-related deaths annually.

"We’re urging the Government to introduce plain, standardised packaging of tobacco, which, as well as being a popular move, would show that the government cares more about the health of future generations than the profits of the tobacco industry," Cox added.

"We urge the Government to act now and use this unique opportunity to put the lives of children first," Woolnough added.

State of play report: The packaging market in 2021

Newtec shares buyer’s guide for investing in food weighing and sorting machinery, including price and costs

15 Jan 2021
Registration is disabled.
We use cookies to ensure that we give you the best experience on our website. If you continue to use this site we will assume that you are happy with it.ContinueLearn more