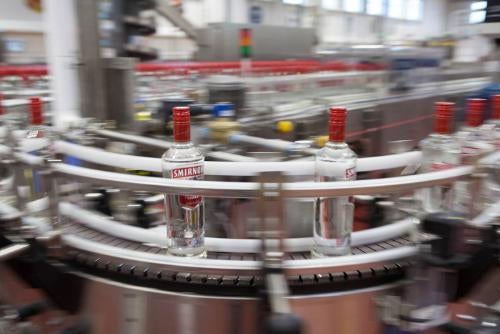 Diageo North America has finished approximately $120m upgrade work to improve production capabilities and efficiency at its US bottling facility in Plainfield, Illinois.

The latest spending forms part of the company’s overall investment of more than $250m in its manufacturing network since 2010.

Post-refurbishment, the facility will be able to bottle a broader range of Diageo’s brands, including a wider variety of Smirnoff vodka flavours.

Diageo North America president Larry Schwartz said: "The investment we have made in our manufacturing network demonstrates our commitment to developing this important part of our business."

Powered by 100% renewable electricity, the plant has cut down greenhouse gas emissions by almost 65% since 2007 and is also 14% more water efficient, despite a rise in production volumes.

Plainfield mayor Mike Collins said that Diageo’s investment is another sign that manufacturing remains a vital part of the Illinois economy.

"We thank Diageo for its commitment to the area and look forward to seeing future growth at a plant that has been a fixture in Plainfield for generations," Collins added.