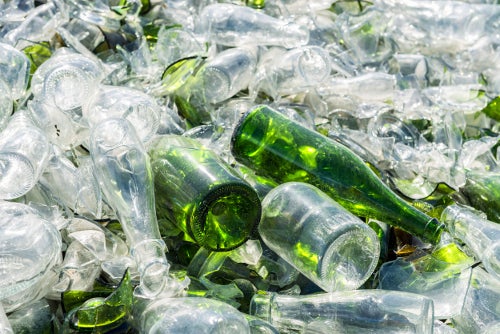 The average glass recycling rate in the European Union (EU) has increased above the 70% threshold, representing a collection of over 11 million tonnes in 2011, according to the latest glass recycling industry data.

The data published by the European Container Glass Federation (FEVE) notes that the achievement is the result of a good deal of efforts made over the past few years in all EU member states in a bid to meet the EU's 60% recycling target for glass.

Some countries have recorded particularly excellent results, and other countries are in in shape to meet the target by the later deadlines. Some countries still have cope for improvement.

To help meet targets, containers have been designed, manufactured and marketed by the glass industry to be recycled in a closed loop system.

Collection and processing schemes have also been extended and improved, as the public has also been educated on the significance of collecting more glass.

FEVE president Stefan Jaenecke said glass recycling, which saves raw materials and energy and reduces production costs, is the crucial factor of the circular economy, as recycling closes the loop.

"We have no problems in absorbing more recycled glass provided that this is of high quality," Jaenecke said.

Glass, which is a 100% recyclable material, is made of natural minerals such as sand, soda-ash and limestone. 80% of glass collected for recycling is used repeatedly in the system.

The latest data also revealed that by recycling glass in 2011 in the EU, over 12 million tonnes of sand, soda ash and limestone were saved; over seven million tonnes of CO2 were avoided; and 2.5% energy was saved for each 10% of glass recycled in the furnace.

Image: Glass is made of natural minerals such as sand, soda-ash and limestone and is 100% recyclable. Photo: Courtesy of European Container Glass Federation