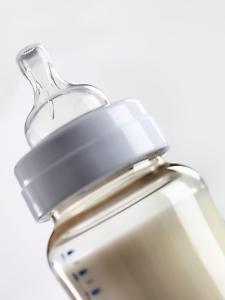 The European Parliament has passed new legislation under which the rules on the labelling and content of baby milks and foods for special medical purposes will be better articulated.

The new labelling rules, which are aimed at protecting consumers, distinguish clearly between foods for normal consumption and foods for specific groups.

The rules, which have already agreed with Council, also cover some low-calorie diets.

European Parliament rapporteur Frédérique Ries said it is the parliament’s duty ensure stricter rules to govern the composition and labelling of foodstuffs intended for infants, young children and seriously ill people, who are clearly not consumers like any others.

"On the other hand, it is also important to establish order in the jungle of food products, by abolishing the concept of dietetic food cannibalised by marketing tools," Ries said.

The rules on the labelling and the composition of infant formula and follow-on formula for babies aged between six and 10 months have been simplified and clarified by the legislation.

Exclusive list of substances such as vitamins and minerals that can be added to these foods is included in the legislation.

As per the new rules, labelling, presentation and advertising of infant formula and the labelling of follow-on formula must avoid pictures of infants, or other pictures or text that may idealise the use of such formula in order not to discourage breast-feeding.

The rules permit graphic representations intended for easy identification of the formula and to illustrate preparation methods.

The commission was asked by the European Parliament to assess whether ‘growing-up milks’ intended for toddlers have any nutritional benefits when compared to a normal diet for a child who is being weaned.

Image: The labelling rules distinguish between foods for normal consumption and foods for specific groups. Photo: Courtesy of the European Parliament.