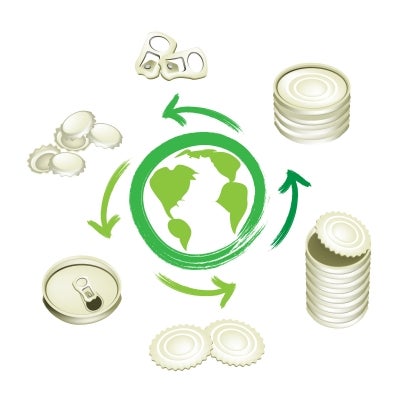 Students from Goldsmiths University have won the UK search for green student film makers competition, sponsored by Can Makers in collaboration with the British Film Institute (BFI) and supported by British actor Danny Dyer.

Jens Christensen, Louis King and James Hurst made a film with a British gangster twist, ‘Can Heist’, which bagged the top prize of £1,500 and a world premiere at the BFI.

The competition, ‘Myth Busting – what happens to your can when it’s recycled’, challenged students to trash common recycling myths in a way that could relate to young people.

The panel, headed by Sky Movies Presenter Craig Stevens; representatives from Defra, The Independent and BFI; film makers and industry experts judged the entries and unanimously voted ‘Can Heist’ the overall winner.

‘Can Heist’ was named by the judges as ‘Wittiest’ category winner, for its clever storyline and novel approach to communicating recycling messages.

‘The Death and Life of a Can’ by Sonya Moorjani from Richmond, The American International University in London, was the winner in ‘Most Visually Appealing’ category; and ‘The Adventure of the Lonely Can’ made by Wade Bennett of the Academy of Contemporary Music, Guildford, was judged the best in the ‘Most Creative’ category.

Three other winners were ‘The Joys of Recycling’ by Lance Featherstone, Bournemouth University; ‘You CAN Recycle by Dashiell Boyles and Nathan Scott, Leeds Metropolitan University; and ‘Cans Get Around’ by Jasmine Hussey and Emily Barron, University of Winchester and University of Exeter.

British Film Institute education programmer for Young People Noel Goodwin said film can inspire and competitions such as these provide an occasion to young filmmakers to showcase their capabilities.

"The entries to the competition were well thought out, well filmed and fantastic examples of creative thinking to make recycling messages impactful," Goodwin said.

Members of The Can Makers work to promote the benefits of the drinks can and aid communications between the industry and its customers.

Image: Students from Goldsmiths University win the competition ‘Myth Busting – what happens to your can when it’s recycled’; Photo: Courtesy of Iamnee