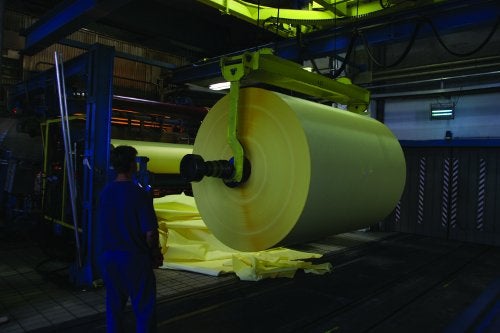 Global paper and packaging group Mondi has completed the acquisition of 99.93% of the outstanding share capital of Nordenia International for €259m, from funds managed by Oaktree Capital Management and minority shareholders. In addition, Mondi Group will assume €398m of debt and debt-like liabilities.

According to South Africa-based Mondi, the acquisition of the German packaging firm, which was originally announced in July 2012, will give an opportunity for the group to create a consumer packaging business and build on long-term customer relationships across both companies.

Mondi hopes to capitalise on Nordenia's technology, product portfolio, customer know-how and manufacturing capability to expand in the emerging markets.

Nordenia is constructing a wholly-owned greenfield plant in China, which is expected to begin operations in early 2014.

Mondi, which has production operations across 29 countries and revenues of €5.7bn in 2011, has key operations in central Europe, Russia and South Africa.