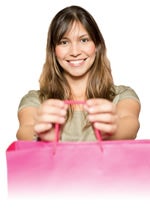 Mondi, a Johannesburg-based packaging and paper group, has announced the launch of a campaign to increase the awareness of the benefits of paper-based bags among retailers and consumers in Europe.

The company's aim is to inform major markets of the benefits of kraft paper with the slogan "Mondi paper carries best", and encourage people to convert to bags made from a natural, renewable resource.

The campaign was launched by Mondi following a market study that revealed a major gap in the awareness of the advantages of kraft paper for retail shopping bags and carriers in the market.

Conducted by the company in partnership with Swedish research company Innventia, the study analysed the awareness and grocery store-based use of paper-based carrier bags in markets such as Germany, Spain and Italy.

It was revealed that less than 20% of consumers were aware of paper-based bags as an available choice for carrying home their shopping, while only 2% in Germany and Italy, and less than 0.5% in Spain, select paper-based bags.

Mondi says that biodegradable paper-based bags are easily recyclable and made from a renewable resource, and the paper's printing versatility and range of textures enable brand images to be communicated well.

Mondi Kraft Paper Europe & International COO Clemens Stockreiter said the company's kraft paper is suitable for industrial composting and can be recycled up to seven times.