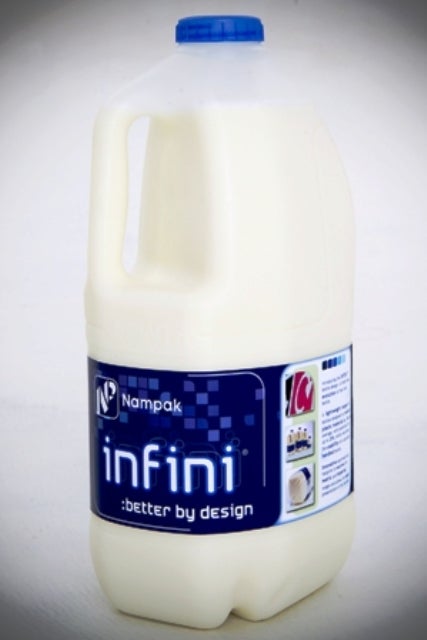 The new bottle has been introduced as part of a joint project with Scottish milk supplier and distributor Muller Wiseman Dairies.

The plastic version of Nampak’s Infini bottle, which has completed its trial period, took six months to develop and has been created as an option for consumers who look for more than one pint of milk but fewer than two.

Nampak has revealed that the bottle weighs only 26g, the same as a standard 1l bottle, and contains 15% recycled high density polyethylene (rHDPE).

Nampak Plastics managing director Eric Collins said that Infini has been responsible for a pattern shift in milk packaging over the past couple of years.

"The 1.5l bottle is the newest addition to the Infini range, to go alongside all the other imperial and metric sizes. It’s also the latest in the long line of exciting developments for Infini and there are many more to come," Collins said.

The new variant is expected to save around 25,000t of material annually.