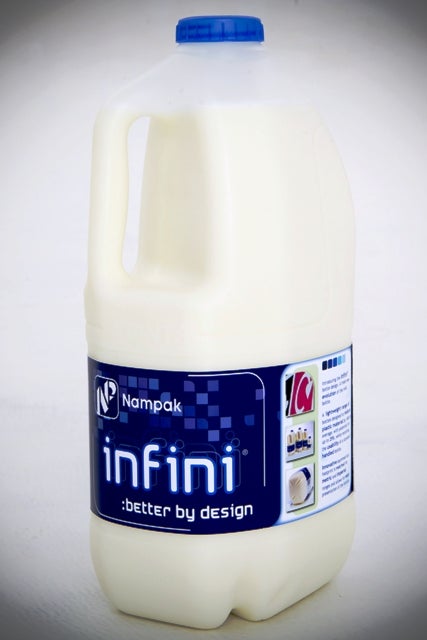 Nampak Plastics has won the Waste Minimisation Award at the National Recycling Awards for its new Infini bottle.

The plastic milk bottle producer's Infini bottle contains up to 15% recycled High Density Polyethylene (rHDPE). Depending on size, it reduces the weight of the standard milk bottle by 25%.

"Nampak has undertaken a four-year journey to reduce the weight and carbon footprint of the standard milk bottle and establish a company-wide drive to enhance sustainability through recycling and waste management," he added.

The award's judges said: "For mainstream waste prevention and technical achievement, Nampak and its Infini bottle are great."

The UK company has achieved two global firsts with its Infini bottle this year.

Prior to this, the company created a four-pint 32g Infini bottle, which represented a 20% material saving on the standard four-pint version.

Overall, Nampak's contribution is expected to result in savings of 35,000t of material for the industry each year.

The awards recognise excellence in all parts of the waste and manufacturing industries.