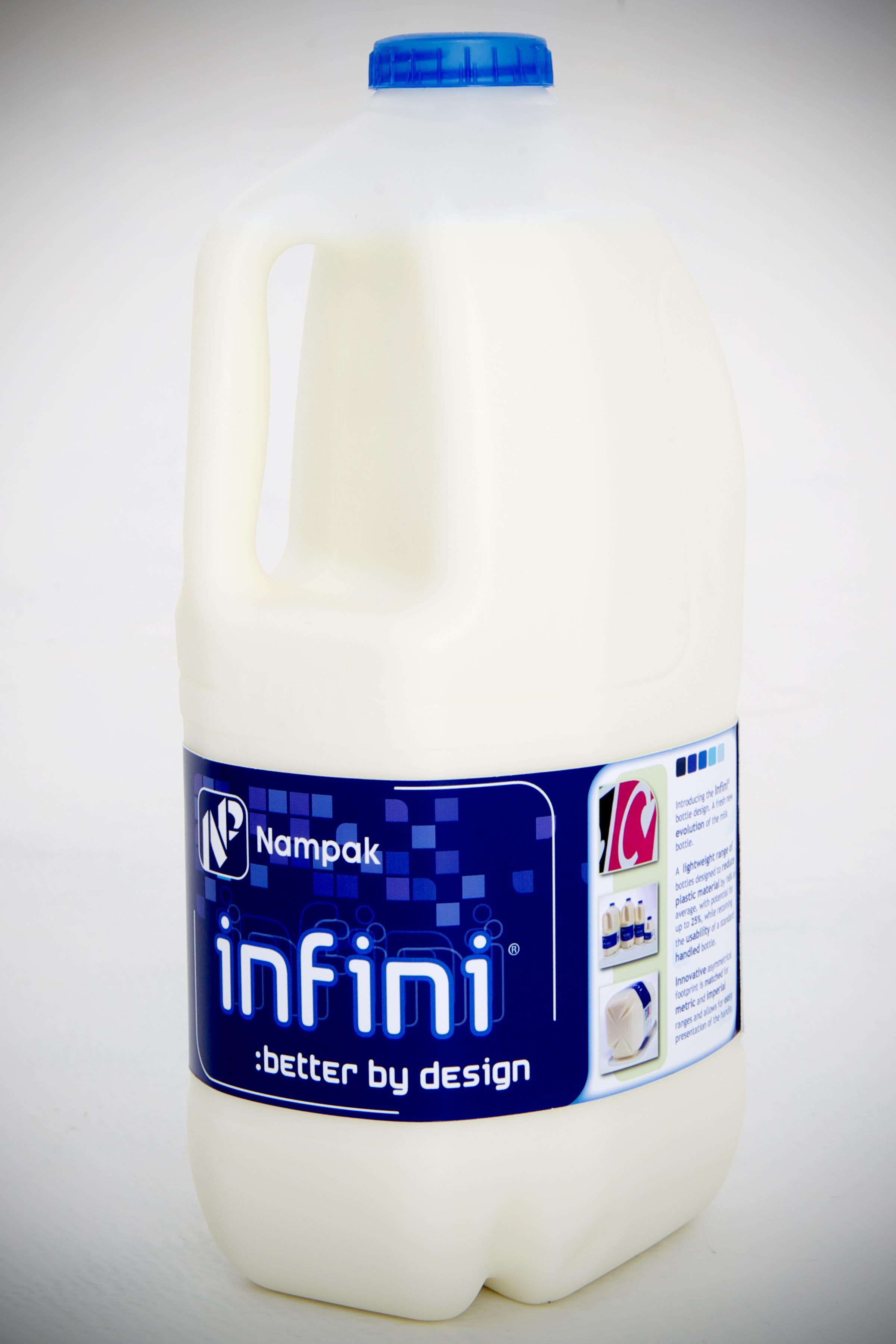 Claimed to be the world’s first such bottle with higher rHDPE, the new variant, part of the Infini range, is expected to save nearly 25,000t of new material annually for the dairy industry.

Nampak has partnered with Closed Loop Recycling to increase the amount of rHDPE in the Infini bottle, which recently bagged a global recognition for sustainability at the WorldStar awards.

Nampak Plastics managing director Eric Collins said Infini has continuously been responsible for a shift in milk packaging, using considerably less new material and increasing quantities of recycled plastic since its launch in 2012.

"We had a desire to increase the amount of recycled HDPE in Nampak’s bottles to up to 30% by 2015 – in line with the Dairy UK and Defra Milk Roadmap targets – but have been able to prove that this landmark can be reached well ahead of this schedule," Collins added.

"All of our bottles, including the Infini range, currently contain up to 15% but the move to up to 30% is a major step forward for everyone involved in the British milk industry."

The new milestone has been achieved by Nampak just weeks after it developed another Infini bottle that was even lighter, weighing only about 32g and representing a 20% material saving on the standard four-pint version currently available in the market.

Commenting on the collaboration, Closed Loop Recycling CEO Chris Dow said, "We are pleased to extend this long term relationship, which we have enjoyed over a number of years. The 30% recycled content news proves the success of the recycled milk bottle market and the dairy roadmap."

According to recent data from recycling charity firm Recoup, nearly 77% of HDPE milk bottles are recycled in the UK.

Image: The new Infini variant is the world’s first bottle to have 30% rHDPE. Photo: Nampak Plastics.