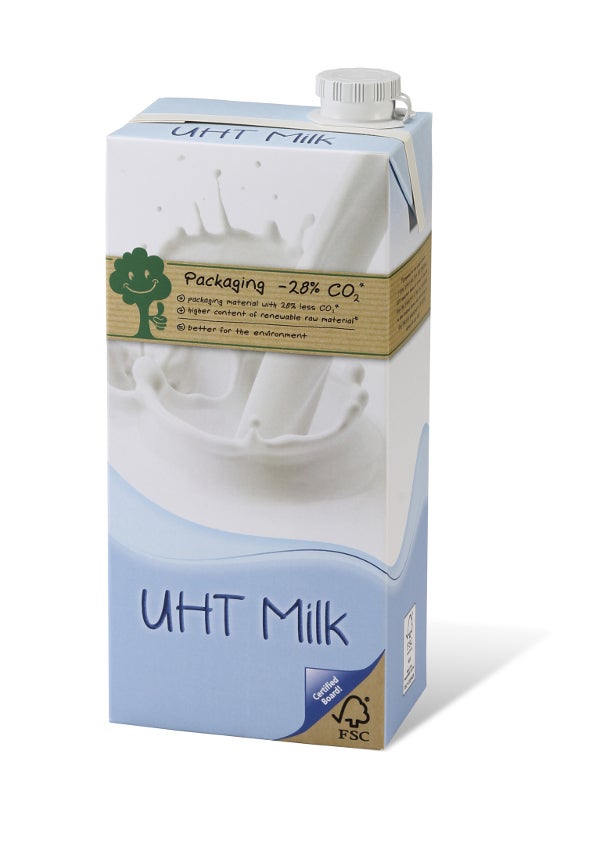 The screw cap, which is based on a process developed by SIG Combibloc, is applied on over-coated holes that are punched in the raw paperboard at the company’s packaging plants before they are laminated.

Consumers can open the closure applied to the carton pack with a single twist, as the cardboard layer has already been removed and only the thin polymer layers need to be opened.

The closure consists of a flange with integrated cutting ring and a screw cap, and the tamper evidence feature on the original seal is broken with a single twist of the screw cap.

Based on the feature, consumers can identify whether a carton pack still has its original seal intact or has already been opened.

The cap is screwed back on to re-close and the carton pack remains leakproof.

"We wanted to make sure the consumer doesn’t have to compromise. He should be able to get a carton pack that is convenient and eco-friendly. And with combibloc EcoPlus, we’ve managed to do just that," Jevremovic said.

According to the company, combibloc EcoPlus generates 28% less CO2, when compared to a one-litre carton pack from SIG Combibloc of the same format.

At more than 80%, the key component of the composite pack is a new type of wood-based raw paperboard, which ensures that the products filled in the pack are protected from light.

A new, razor-thin polyamide layer of the pack serves as an additional barrier to shield the product from flavour loss and external odours. While the inner polyethylene layer inside of the pack forms a liquid barrier for the product, the outer layer keeps moisture out.

Image: Consumers can open the closure applied to the carton pack with a single twist. Photo courtesy of SIG Combibloc.