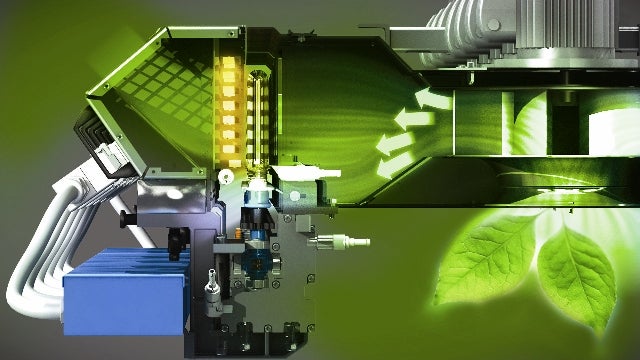 Italian company company SIPA has launched new rotary stretch-blow moulding machines, as a part of its ongoing programme to improve performance and reliability across its product range.

The SFR EVO3 model range is available in versions with 6, 8, 12 and 16 cavities, while the ten cavity platform and larger units with 20 and 24 cavities are set to debut later in 2013.

SIPA Blowmolding Systems sales director Pietro Marcati said the company’s approach is to focus on improvements that bring savings and added value to its customers’ investments.

"The SFR EVO3 shows that it is still possible to make significant improvements in output rates, flexibility, efficiency, and total cost of ownership (TCO)," Marcati said.

Features of the SFR EVO3 include new designs in the clamp unit and in the cams that help it achieve an output rate of 2,250 bottles per hour per cavity.

A new blowing valve block, which is more compact than the earlier model, has 35% less dead air volume.

The SFR EVO3 consists of ‘Green’ ovens, which are claimed to be energy savers, and reduce electrical consumption by up to 40% while keeping the conditions of the process stable.

According to the company, the electric stretching system on the SFR EVO3 also has a smart self-learning procedure to identify the dimensions of preform/bottle.

A quick and easy-to-use standard mould changeover system is also available on the SFR EVO3.

While the heating circuit remains in the shell holder, the cooling circuit is built into the cavity, making the SFR EVO3 easier to convert from production of hot-fill to cold-fill containers, the company said.

In order to transfer from production of one type of container to another, only a simple cavity change is required.