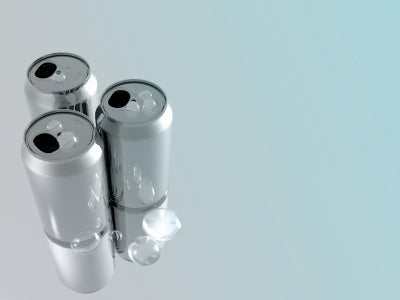 UK beverage can manufacturers representative The Can Makers has revealed that total UK can deliveries reached 4,568 million in the first half of 2013, an approximately 3% decline on 2012.

The decline is thought to be related to a late spring and cold weather in the first half of the year reducing demand for beer, cider and carbonated soft drinks.

Empty beer and cider drinks can deliveries reached 2,157 million, almost equalling the first half of 2012. Global information and measurement company Nielsen reports that smaller size cans such as 33cl are performing better, with an increase of 12%. There has also been a growth in multipacks of 18, 15 and ten cans.

UK Can Makers chairman Geoff Courtney said that the market performance for beer and cider is encouraging and first half numbers reveal the impact of weather on the can market.

"As the UK has enjoyed some much-needed summer sun, the early signs for the drinks market are positive. We hope that the hot weather and retail promotions continue, encouraging more outdoor occasions where drinks in cans are consumed," Courtney said.

Image: Can deliveries have almost equalled those of the first half of 2012, despite the coldest spring since 1962. Photo: courtesy of Victor Habbick / FreeDigitalPhotos.net.