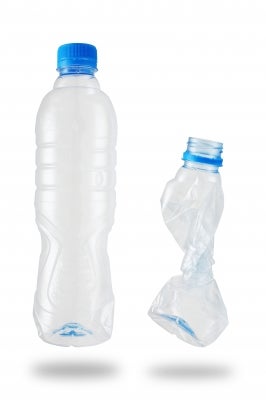 New reports have revealed that the recycling of rigid plastics, excluding bottles, increased by 13% in 2011 to reach at least 934 million pounds, and the number of US consumers with local access to recycling all non-bottle rigid plastics increased from 40% to 57% between 2011 and 2012.

The reports were the result of a survey conducted by Moore Recycling Associates on behalf of the American Chemistry Council (ACC).

The report, tittled: ‘2011 National Postconsumer Non-Bottle Rigid Plastic Recycling Report,’ revealed that 61% of rigid plastics collected in the US were recycled either in the country or Canada, an increase from 2007 when slightly over one-third was recycled in the region.

According to another report: ‘Plastic Recycling Collection: National Reach Study, 2012 Update,’ more than 1,400 cities and 300 counties in the region collect all rigid plastic containers besides plastic bottles.

The containers include HDPE rigid cups, tubs and containers and PET trays, clamshells and cups.

ACC vice president of plastics Steve Russell said the recycling message can be made basic, as recycling of rigid plastics containers is available to a substantial majority of Americans.

"This is a significant milestone for recycling and a tremendous benefit to packaging manufacturers, major brands, consumers and recyclers," Russell said.

The report was prepared by Resource Recycling and sponsored by ACC’s Plastics Division.

Image: According to a report, more than 1,400 cities and 300 counties in the US collect all rigid plastic containers besides plastic bottles; Photo: Courtesy of dierk Schaefer.