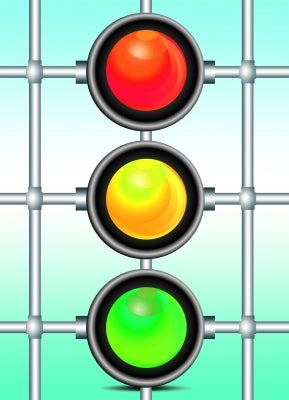 Obesity Policy Coalition (OPC), a group of public health agencies, has called on the Victorian Government in Australia to implement kilojoule and traffic light labelling on fast food menus, in a bid to help consumers make healthier choices.

New research, undertaken by the Centre for Behavioural Research in Cancer at Cancer Council Victoria and the OPC, has assessed the influence of five potential nutrition menu labelling models on fast food choices for an evening meal.

It was revealed that traffic light labels, which give an overall nutrition rating for each menu item with a green, amber or red light, were most frequently used by respondents in making their selections.

When making their meal selection, over 36% respondents who were presented with traffic light labels used the information.

One quarter (25%) of them used kilojoule information when it was provided, while 20% used the percent daily intake information in making their purchase decision.

According to Cancer Council Victoria, the study revealed that there was a difference in the meals selected by the respondents considerably, which was dependent on the menu option viewed by them.

"We found that giving consumers both of these pieces of information resulted in them choosing meals that were on average about 500 kilojoules less than the respondents who had no labelling information," Martin said.

Martin urged the government to go ahead with legislation to implement kilojoule labelling, which would support the positive efforts of the Healthy Together Victoria initiative conducted statewide.

"Traffic light labels are well understood by consumers and easy to understand at a glance. For this reason, we encourage the Victorian Government to include traffic light labels with kilojoule labelling to help support people to make healthier choices," Martin added.

Image: Traffic light labels give an overall nutrition rating for each menu item of a green, amber or red light. Photo: Courtesy of Salvatore Vuono