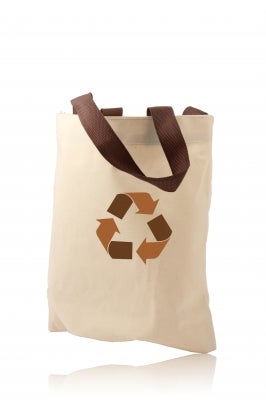 The Wisconsin Department of Natural Resources (WDNR) and two national business groups have collaborated to expand the recycling of flexible film packaging throughout Wisconsin, US.

The programme, which aims to increase the recycling of post-consumer plastic bags, wraps and other film packaging, will also create new opportunities for small to mid-sized businesses to recycle commercial film including pallet wrap and packaging.

The initiative will also increase consumer awareness and participation in plastic film recycling, and encourage businesses to use the SPC's How2Recycle 'Store Drop-off' bag / film recycling label on plastic bags and other polyethylene film packaging.

Consumers can easily identify which plastic film packaging is suitable for recycling at participating stores with the new educational label.

According to a new study by the Wisconsin DNR, the programmes will help support and grow the state's small manufacturing businesses, which seek more of the film material to supply their markets.

"We look forward to expanding recycling success in Wisconsin and creating a model that other states will want to follow," Russell said.

Expected to be launched in spring 2013, the project will concentrate on expanding collection options for small to mid-sized businesses, which together generate the largest volume of film packaging, through establishment of a network of recycling service providers.

Upon completion, a final report will be presented, featuring both the results and recommendations for maintaining and expanding flexible film recycling in Wisconsin.

Image: The programme aims to increase the recycling of post-consumer plastic bags, wraps and other film packaging. Photo: Phiseksit.