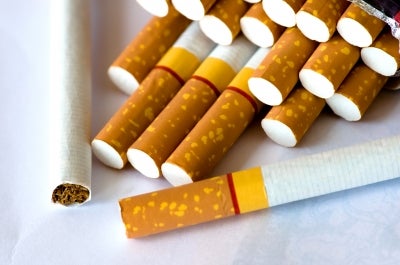 In response to The Australian Government‘s plain packaging laws for tobacco products, the Dominican Republic has called for formal consultations with Australia under the dispute settlement procedures of the World Trade Organisation (WTO).

Starting 1 December 2012, the Australian Government seeks all cigarettes in the country to be sold in a standardised green brown colour without logos or other design features, in an effort to prevent premium products such as Dominican cigars, from using their well-known trademarks and geographical indications.

Dominican Republic ambassador to the WTO HE Luis Manuel Piantini said tobacco is the country’s main export product, and represents close to half a billion US dollars in external revenues.

"The Dominican Republic has repeatedly expressed its concerns to the Australian government within the WTO and now feels compelled to request consultations to protect this important economic sector," Piantini added.

The Dominican Republic believes that plain packaging laws will violate Australia’s WTO obligations, and hamper the use of trademarks and geographical indications.

According to the Dominican Republic, Australia’s laws are also inconsistent with its obligations under the Agreement on the Trade-related Aspects of Intellectual Property Rights (TRIPs) and Agreement on Technical Barriers to Trade (TBT), thereby restricting international trade.

Earlier, the Dominican Republic questioned Australia about the scientific basis for plain packaging and has also asked whether applying less trade-restrictive measures has been considered instead.

The nation expresses concern that plain packaging will affect the economy and the livelihood of hundreds of thousands of Dominican families, and looks to resolve the issue through constructive discussions with Australia.

Combined with the entire tobacco production chain, the Dominican tobacco industry generates around 118,000 direct jobs, which support about 350,000 people, according to the Tobacco Institute of the Dominican Republic.

Image: Starting 1 December 2012 all cigarettes in Australia will be sold in plain packaging, according to new laws. Photo: hinnamsaisuy.