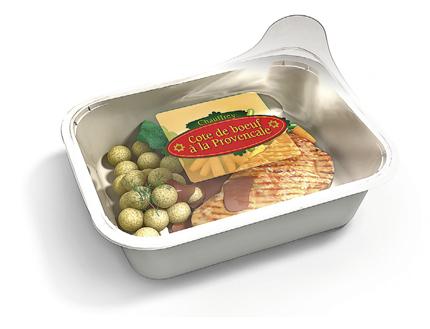 The peelable film named SecurityPeel is based on multi-layer cast co-extrusion technology, which enables production of food packaging with increased product safety and longer shelf life.

"With our multi-layer solution, the excellent peeling of the lidding film has now been combined with other special features like state-of-the-art barrier and anti-fog properties," Forss added.

SecurityPeel is targeted for the packaging of meat, chicken and ready-meals. The film protects the product inside the package, and the barrier layer reduces the oxygen transmission rate without compromising safety, the company claims.

The film’s anti-fog additive changes the surface properties, allowing the moisture inside the package to spread out on the surface of the film rather than forming droplets.

Image: KWH Plast’s new lidding film can be used for the packaging of meat, chicken and ready-meals. Photo: KWH Plast.