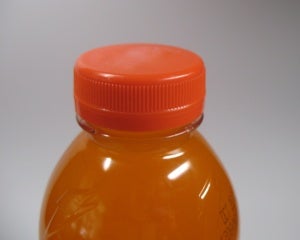 BERICAP’s exclusive DoubleSeal 38mm cap technology is now commercially available in the North American market. The design is considered unique for hot fill applications since it will support, rather than distort, the finish, compared to traditional two-piece closures that cannot hold the finish when softened by hot filled product.

One piece closures with an integrated DoubleSeal system provide significant higher seal and release angle. Only after a 160° turn of the closure will the package lose integrity, whereas a package closed with a two-piece closure will lose its integrity after very few degrees of opening angle.

"Traditional two-piece liner and shell top seal closures require considerable torque in order to properly seal the container," explains Volker Spiesmacher, sales director of BERICAP. "In hot fill applications, the bottle neck is softened by the heat from the product itself. Consequently, the side and down-pressure from applying the closure puts considerable stress on the bottle finish. This can cause it to distort or ovalize, which can lead to leaking and product contamination."

The BERICAP linerless one piece closure is featured in the DoubleSeal system, offering an outer and inner seal, securing the integrity of the filled product. Furthermore, instead of down pressure during the sealing process, DoubleSeal caps provide lateral, opposing force pressure from both the outside and inside – effectively supporting instead of distorting the neck – which also results in a superior seal compared to the traditional two-piece method.

As a result the DoubleSeal system allows to lightweight the neck walls of the hotfill bottle. The significant weight and cost savings are feasible.