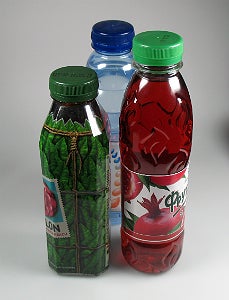 One-piece DoubleSeal flat closures from BERICAP have been around since 2003 and have proven their worth under industrial hotfill conditions in several regions, such as Asia, the Americas and, last but not least, Europe.

BERICAP’s 38mm one-piece closure for hotfill applications represents a cost-effective, performance-driven alternative to the traditional two-piece (closure plus liner) types, which were typically used in the past for juices, ready-to-drink teas, isotonic and enhanced waters.

With several billion hotfilled products having already been closed with the well-known one-piece DoubleSeal closure from BERICAP, their functional reliability for hotfill applications is tried and tested.

The one-piece 38mm DoubleSeal closures support the upper end of the PET neck from inside and outside and keep the neck in a round shape. It does not require high application torques to achieve a secure seal and thus avoids any barrelling of the neck when the hotfill product softens the neck during the hotfill process.

This support allows the quantity of PET resin needed to form the neck to be reduced significantly, as the wall thickness is down to just 1.5 mm. The one-piece hotfill closures from BERICAP are commercially available for 28mm, 33mm and 38mm neck sizes.

The hotfill closure technology has since been applied to BERICAP Sport closures. PushPull sports closures for 28mm, 33mm and 38mm necks are feasible for hotfill applications without an aluminium foil.