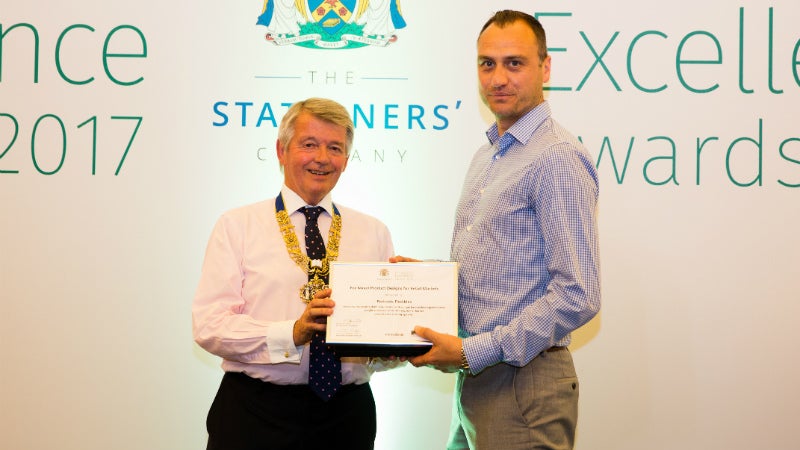 Parkside has won a Stationers’ Innovation Excellence Award for its reclosable sharing crisp bag. The accolade acknowledges the company’s continued innovation within the packaging sector.

In collaboration with Seabrook Crisps, Parkside designed and developed the crisp pack which received recognition at an event at Stationers’ Hall, London.

The new crisp pack enables consumers to peel open the front of the packet, making it easy to share the contents with friends, before re-closing it and saving for later.

The reclosability feature helps to keep crisps fresher for longer when compared to an open pack, making it an ideal solution for the snack market.

Parkside sales director Paula Birch said: "We are immensely proud of this product and, of course, its associated award. It’s our third award this year alone. We are now being recognised as a company which creates new innovative packaging that is valued by brand owners, converters and consumers alike."

The Stationers Innovation Excellence Awards have been introduced to recognise companies within the Communications and Content industries that have found a path to growth and prosperity through initiatives that enhance company performance. It also recognises the key role which innovation plays in survival at a time of immense change.

Parkside was competing against other companies in the paper, ink, printing, publishing, advertising, marketing, copyright licensing and packaging sectors.

The Seabrook pack utilises laser-scribing technology from Parkside that creates an integral opening of any size, shape or position as part of a pack design.

Unlike most reclosable openings, the laser creates a solution which is integral to the laminated pack structure, rather than a label attached to the pack. Furthermore, the range uses specialised, high quality materials to emphasise the premium positioning of the range.

Mrs Birch continues: "The crisps, snacks and nuts market is highly competitive and Parkside has innovative products which rival existing packaging formats that will help the company to gain a foothold in this sector and for it to become one of our largest categories."