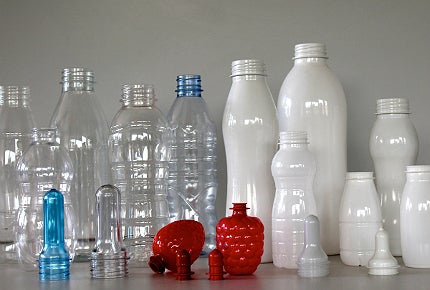 Mondi Industrial Bags sales and marketing director Claudio Fedalto said each bag gets its own unique code, printed by the company, allowing the bag to be identified throughout the value chain all the way to the consumer.

"This opens a wealth of information and opportunities," he said.

Dell to explore wheat straw use for sustainable packaging material

Global computer technology major Dell is set to explore the use of wheat straw for converting agricultural waste into sustainable packaging material.

Announcing its commitment to achieving a waste-free packaging stream in the company by 2020, the company said the plan is to use a wheat straw-based material to develop cardboard boxes for its notebooks, which are being manufactured in China.

Wheat straw, which is considered by Chinese farmers as waste, is being burnt for disposal, thereby leading to air pollution and various health hazards, said Dell, which plans to start using the by-product in its boxes from August 2013.

Sonoco Flexible Packaging is all set to invest $9.7m in a bid to expand its Morristown, Tennessee, facility in the US.

Expected to create 26 new jobs in Hamblen County, the expansion will include upgrades for the facility and the addition of a new rotogravure press in the company's flexible packaging division.

Tennessee Economic and Community Development commissioner Bill Hagerty said Sonoco has operations in more than 30 countries around the world, and its decision to further invest in Morristown is thanks to the state's location and transportation infrastructure.

Tetra Pak has launched an environmental campaign in an attempt to make consumers more aware about renewable packaging and to highlight the role played by renewable materials in helping to protect the planet.

Expected to hit markets around the world in 2013, 'The Pack that Grows Back' campaign offers insight to the importance of responsible resource management.

Initially, the campaign will kick off in June 2013 in France, Spain and Italy.

Amcor Flexibles has announced the launch of a new thermoformable cellulose-based packaging solution for the fresh market.

The recyclable Amcor Packpyrus has an oxygen barrier, which is said to be suitable for pre-sliced products, such as meat or cheese.

The packaging is being offered in three versions: Packpyrus Semi-Rigid and Packpyrus Rigid for modified atmosphere base webs and Packpyrus Flexible for vacuum pack base webs.

The purchase value is said to be in excess of $300m, as reported by Dow Jones LBO Wire.

The acquisition of Par-Pak, a Canadian thermoformer of foodservice, bakery and produce packaging with plants and sales in Canada, the US and the UK, will enable Waddington to continue its growth and expand into new markets.

Bosch Packaging Technology has announced plans to acquire the assets of Tecsor Machines et Systèmes, a French manufacturer of machinery to make and fill polyethylene terephthelate (PET) containers, for an undisclosed sum.

The acquisition, which is subject to approval by the antitrust authorities, allows Bosch to enter into the PET blow-moulding technology business and begin its own production of cups and bottles.

Further, Bosch will also be able to round out its existing portfolio of products in the area of near-sterile and aseptic processing of pre-formed cups and bottles.

The Harper Government has launched a new plain language labelling initiative in a bid to enhance drug safety for Canadians.

Announced by the Minister of Health Leona Aglukkaq, the initiative aims to improve the safe use of drugs by making drug labels and safety information easier to read and understand.

Accompanying Minister Aglukkaq at the launch was Member of Parliament for Oakville Terence Young.

Is augmented reality the future of packaging?

Brands are refreshing their designs more than ever before, but in today's market very few actually pull it off.