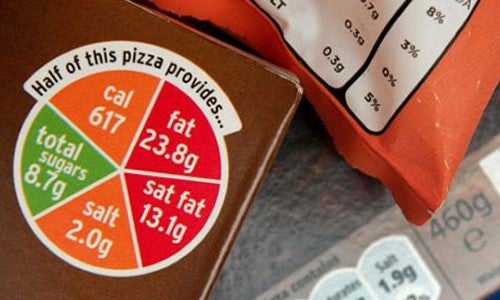 The Australian Government is set to review a proposal regarding the introduction of a traffic light food labelling scheme at the federal-state food ministers’ meeting this week, in order to fight obesity in the country.

At the federal-state food ministers’ meeting this week, the government is also expected to respond to the recommendations for labels on the front as well as back of food packaging.

Under the proposed scheme, food products would be given a red, amber or green light for sodium, fat and sugar content, which has been strongly supported for some years by health and consumer groups.

However, the food industry has condemned the measures, stating thatit could potentially mislead consumers with some otherwise healthy products such as sultanas receiving a red light on sugar and full-cream milk having a red light on fat.

The ministers are also expected to pass guidelines on the introduction of warnings on alcohol containers to pregnant women not to drink due to the effects on their unborn children.

In an effort to solve the country’s rising health issues, consumer watchdogs have been calling for mandatory front-of-pack traffic light labelling for some time and former Australian health minister Neal Blewett has recommended an interpretive labelling.

According to a recent study from Food Labelling to Advance Better Education for Life (FLABEL) project, nutritional labelling must be clear and in appropriate place on the products for the benefit of consumers.

The report suggested that despite good understanding and prevalence of nutrition information on food labels in Europe, a lack of motivation and attention from consumers prevents labels from altering food choices.

Last year, the Food Standards Agency (FSA) in the UK supported a plan that will allow food companies to decide for themselves whether they want to use the colour-based system or a number of alternatives.

The move followed a study, which ruled that sugary drinks, breakfast cereals and crisps should be required to carry red warning logos as part of the traffic light labeling scheme.