Business optimism improved in August 2022 compared to July 2022, according to an ongoing poll by Verdict, despite businesses expressing concern over inflation, particularly in raw materials and energy costs.

Analysis of the poll responses recorded in August 2022 shows that optimism regarding future growth prospects increased by one percentage point to 62% from 61% in July 2022.

The respondents who were optimistic remained the same at 26% in August, while those very optimistic increased to 36% from 35% in July.

Industry News
What smart labels can do for food waste reduction 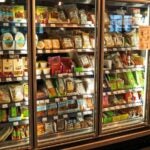 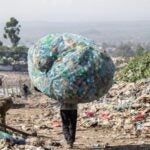 The percentage of respondents who were neutral (neither optimistic nor pessimistic) decreased by three percentage points to 13% from 16% in July.

The analysis is based on 321 responses received from the readers of Verdict network sites between 01 August and 31 August 2022.

Business confidence improves in three of the UK’s regions

Businesses in the South West recognised their top areas for growth over the next six months as transforming their offerings, expanding into new markets, and investing in their staff and teams. A net balance of about 13% of the South West businesses expected to increase their staff counts in the next 12 months, up five points from July.

The seasonally adjusted S&P Global India Services PMI Business Activity Index reported a rebound in growth of businesses from July’s four-month low of 55.5 to 57.2 in August. The increase was a result of stronger gains in new businesses, job creation and overtime work, and constant improvements in demand as businesses benefitted from the lifting of COVID-19 restrictions.

Business confidence, as a result, grew substantially, reaching its highest since May 2018, while employment increased at the fastest pace in more than 14 years. Additionally, input costs rose at their slowest pace in 11 years.

The seasonally adjusted S&P Global Saudi Arabia Purchasing Managers’ Index increased to 57.7 in August, compared to 56.3 in July. The upturn was a result of a sharp increase in purchasing that also reached a seven-year high, along with further job creation and stock building. Additionally, cost inflationary pressures reduced for the second consecutive month, leading to a weaker increase in output costs since February.

The index indicated further resilience in the non-oil economy in August, marked by an increase in new business activity and sales amid rising global economic distress. New orders also rose at their quickest pace since October, driven largely by improved client demand, a broader economic recovery from the pandemic, and higher exports.

Business confidence improved for the second month in a row in New Zealand by nine points from -56.7 in July to -47.8 in August, according to the ANZ New Zealand Business Outlook survey conducted by the ANZ Bank New Zealand.

The agriculture and manufacturing sectors showed marked improvement in expectations, while the retail and construction sectors remained pessimistic. Inflation pressures in the country continued to remain high.

The ANZ Bank New Zealand noted that although the rebound is a positive indicator, the impact of higher rates on the housing market and construction sector remains high. The Reserve Bank of New Zealand is taking various steps to reduce inflation and cool domestic demand. The central bank increased the official cash rate to 3% during the month as one of the measures. Domestic demand showed signs of easing following the lifting of Omicron restrictions and the opening of the country’s border at the end of July 2022.