Indian traders’ body the Confederation of All India Traders (CAIT) has called on the country’s government to take a ‘phase-wise’ approach to banning single-use plastics, the Financial Express has reported.

The regulation also prohibits plastic plates, cups, glasses, straws and trays, as well as cutlery such as forks, spoons and knives. 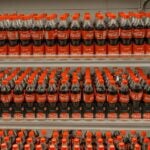 In a letter to Union Environment Minister Bhupendra Yadav, CAIT has requested a one-year period for traders and manufacturers to transition to sustainable alternatives instead of an immediate ban.

The confederation said that an immediate ban could harm the economic activities of various sectors such as food handling, healthcare, transportation, construction and packaging.

This is because equitable alternatives to single-use plastic items are often either unavailable or fairly expensive.

In addition, CAIT has proposed to form a joint panel of senior government officials and other stakeholders to recommend and develop equitable alternatives.

It has also called for a nationwide education and awareness campaign on the ban, as well as a support policy for units manufacturing the banned plastic items.

The Mint quoted CAIT as saying: “The duty of the government is to roll out the policy and respective orders, but it may not reach the desired results.

“Therefore, for such a gigantic task of ushering into a new era having no usage of single-use plastic, a comprehensive, collaborative and participatory approach is needed to ensure that in a short time, (India) should be free from single-use plastic.”

Last August, the Indian government announced the ban on the production, sale and use of a number of single-use plastic items.