The company will sell 100% of its shares to Packaging Management and Investing, which is owned by the management of JSC Elopak, as reported by Reuters.

The operational activities of Elopak’s Russian business are currently under the control of the local leadership team. 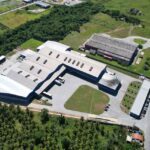 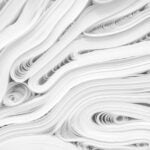 Elopak said that it will continue to refrain from the business’ operations in the country as the new owners will operate it independently.

The divestiture is expected to have no impact on its business outside Russia and anticipates no material financial gains or losses in the second quarter related to the deal.

The company’s operations in Ukraine and Russia accounted for 9% of the group’s revenue.

In addition, Elopak has warned of ‘currency risks’ until the transaction’s completion as it would be paid in Russian roubles.

The deal is expected to close in the third or fourth quarter of this year subject to approval from the Governmental Commission on the Control over Foreign Investments in Russia.

The financial terms of the transaction have not been disclosed.

The agreement comes after Elopak reportedly looked for a buyer for its Russian packaging plant in May this year.

In March, the company temporarily suspended its operations in Russia in response to the Ukraine conflict.

Elopak had employed 336 people in the country, whom it committed to continuing to pay despite the suspension of business.

Elopak is the latest company to exit from Russia since the start of its invasion of Ukraine.

In May, paper and packaging firm Mondi decided to divest its assets in Russia, while Irish corrugated packaging company Smurfit Kappa decided to exit the market the previous month.