The report titled: ‘Riding out the storm: Organizational resilience of trade unions and civil society organizations following the military takeover in Myanmar’ details the severe impact of the February 2021 takeover on trade unions and CSOs and is urging the international community to increase its flexibility and responsiveness to counter this existential threat to civic space and worker organising in Myanmar.

It highlights how the targeted persecution of these groups, including arbitrary arrests, detentions, acts of violence, raids on homes and offices, seizure of equipment, threatening phone calls, interrogations and surveillance, have substantially limited their ability to operate.

Trade unions and CSOs reported being forced to make major adjustments to their work in response to the heightened safety and security concerns since the military takeover. 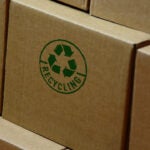 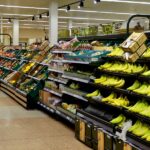 “Trade unions and Civil Society Organisations have provided the foundation for much of the progress made on increasing labour rights protection in Myanmar over the last decade. The current state of affairs represents a genuine threat to their existence. The international community must stand with these organisations to help them survive and continue their vital work,” said Panudda Boonpala, ILO deputy regional director for Asia and the Pacific.

In a further call for the EU to “take stronger action” against the military junta in Myanmar – IndustriAll Global Union said “there is no way to do business in Myanmar without doing harm to the people and workers”.

In May, the Ethical Trade Initiative (ETI) urged brands to refrain from making any additional investments in Myanmar, with claims the human rights situation in the country continues to deteriorate.

The State Administration Council (SAC) has banned 16 labour organisations from operating, while the Action, Collaboration, Transformation (ACT) Initiative, a global agreement between trade unions and brands to achieve living wages, withdrew from Myanmar in December 2021. This was a result of its trade union partner, the Industrial Workers Federation of Myanmar (IWFM), stating it could not operate freely in the country under the current circumstances.

A wealth of over 14 years of editorial experience having worked on titles for the John Lewis Partnership and the ITP Group in Dubai, Hannah joined Aroq in 2014 where she started as News Editor on Just Food before landing a role with Just Style. Hannah enjoys covering more challenging subjects and exploring the impact of current affairs on global apparel supply chains.
SUBSCRIBED