The Government of India has proposed adding health warnings to tobacco packaging, The Hindu Business Line has reported.

The latest notification from the Union Ministry of Health and Family Welfare (MoHFW) is an amendment to the existing Cigarettes and other Tobacco Products (Packaging and Labelling) Rules, which have been in force since 2008.

Under the proposed new requirements, all tobacco and cigarette packets will display either ‘Tobacco causes painful death’ or ‘Tobacco users die younger’.

Each of the two warning texts will appear in white font on a red background and be accompanied by different images. 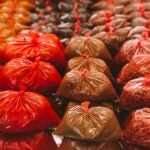 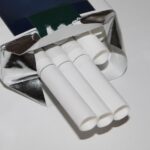 The second of the two messages is due to come into effect 12 months after the first has been introduced.

This will be printed in a white font on a black background.

In its statement, the MoHFW said that the textual health warnings will be printed with four colours with a printing resolution of at least 300dpi.

The new regulations are scheduled to be implemented from 1 December.

Data from the Indian Government revealed that tobacco is responsible for the deaths of more than 1.3 million people every year.

Last month, the Canadian Government also said that it was considering introducing more stringent regulations for tobacco product packaging and labelling in Canada.

The proposed regulations would also mandate space on tobacco packages for displaying health information messages to make them more noticeable.