US kraft paper manufacturer KapStone has reported an increase in net income of 924% in the fourth quarter and for the year ended 31 December 2017.

The company saw a 10% rise in net sales compared to Q4 results in 2016, going up to $859 million. It recorded an adjusted EBITDA of $136 million, or 48%.According to KapStone, the company’s growth in sales, which were $81 million higher than in 2016, is a reflection of higher prices for containerboard and corrugated packaging.

These figures can be considered as a substantial achievement for KapStone, which last week, was acquired by leading industry company WestRock. 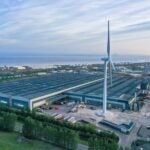 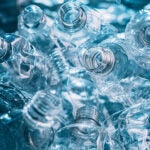 KapStone president and chief executive officer Matthew Kaplan said: “Eleven years ago, we began a journey to build a world-class paper and packaging company with the resources and skills of our largest competitors— that focused on maximisation of stockholder value and that treated our customers and employees like a small, family-oriented company.

“On January 29, 2018, we announced signing a definitive agreement to be acquired by WestRock for $35.00 per share, subject to customary closing conditions, including KapStone stockholder approval. We believe this acquisition is a compelling transaction for our stockholders and an exciting development for both KapStone and WestRock.”

Headquartered in Northbrook, IL, KapStone Paper and Packaging Corporation is the fifth largest producer of containerboard and corrugated packaging products and is the largest kraft paper producer in the United States. The company has four paper mills, 23 converting plants and 60 distribution centres. The business has approximately 6,400 employees.