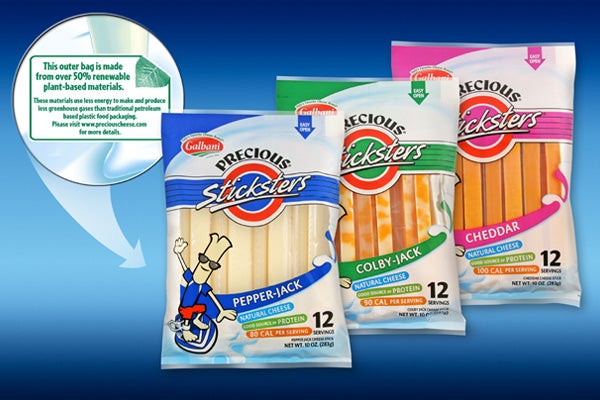 According to Clear Lam, the packaging, which holds individually sealed cheese sticks, is made from a lamination of plant-based and renewable plastic, while its outer layer has been designed with traditional petroleum-based plastic.

Lactalis American Group president and CEO Frederick Bouisset said that by adopting the new packaging, the company is promoting a better future by reducing its energy consumption and environmental impact.

Clear Lam said that 50% of the material is plant-based, which uses up to 36.8% less energy compared to conventional petroleum-based materials and generates up to 35.2% fewer greenhouse gases.

The finished materials have a lower carbon footprint and, without losing production efficiencies or impacting product performance, they use less energy.

The materials also replace petroleum-based plastics with bio-based ingredients, which have been developed to reduce the fossil carbon introduction into the atmosphere.

The bio-based layer used in the film is produced from pellets and additives, and later on the film is shipped to a Lactalis production facility where its cheese products are packaged.

The finished bags meet all FDA requirements for food use and perform well under typical distribution conditions.

Caption: Lactalis’ Precious Sticksters packaging is made from a lamination of plant-based and renewable plastic. Photo: Clear Lam Packaging