If the shareholders agree to sell at least 70% of the issued and paid-up capital of Stenta, then PT Argha Karya Prima Industry must own at least a 19.88% stake in Stenta. 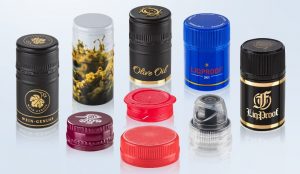 The deal does not require shareholders’ approval but is subjected to approvals from other regulatory authorities of Malaysia if required.

The SPA and the option agreement are expected to complete by July. MFCB plans to use internally generated funds and bank borrowings to finance the acquisition.

The company has also agreed a Put Option with certain terms and conditions in order to allow minority shareholders to sell their shares in Stenta.

As of 24 May, MFCB has received a 75% acceptance rate from Stenta shareholders.

In its filing, the company said: “The proposed acquisition will provide MFCB an immediate platform to venture into the upstream activities with an established and well-diversified global customer base.”

Its products are used for food and beverage, pharmaceutical, medical and fast-moving consumer goods applications.

The company has two factories in Bandar Baru Bangi, Malaysia, and exports primarily to Asia, the Middle East, Africa, South America and Europe.