Efforts to recycle could be going to waste after the National Audit Office (NAO) reported that more than half of packaging intended for recycling is instead being sent abroad for processing where it could be ending up in landfill.

The Department for Environment Food and Rural Affairs has estimated that the UK has been passing its packaging recycling goal annually since 1997, with 64% of packaging recycled last year against the EU target of 55%. However, NAO has stated that this doesn’t take into account undetected fraud and error.

The Environment Agency, responsible for applying the packaging recycling obligation system, has been cited as only carrying out 40% of its visits to exporters and reprocessors in 2016 to 2017 to confirm the amount of packaging recycled.

NAO head Amyas Morse said: “If the UK wants to play its part in fully tackling the impacts of waste and pollution, a tighter grip on packaging recycling is needed. Twenty years ago, the government set up a complex system to subsidise packaging recycling, which appears to have evolved into a comfortable way of meeting targets without addressing the fundamental issues. 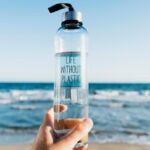 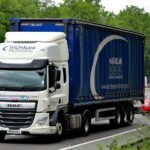 “The government should have a much better understanding of the difference this system makes and a better handle on the risks associated with so much packaging waste being recycled overseas.”

The amount of packaging waste exported has vastly increased, yet recycling rates in the UK have been the same since 2002. Exports made up half of the tonnes of packaging recycled last year.

The Environment Agency has also been reported to have flagged 1,889 companies listed as ‘potential free-riders’, however follow ups were not recorded. Over 300 companies should be paying into the system and around 4.5% companies required to register, have not.

NAO’s report concluded, “The system appears to have evolved into a comfortable way for government to meet targets without facing up to the underlying recycling issues. The government has no evidence that the system has encouraged companies to minimise packaging or make it easy to recycle.

“It relies on exporting materials to other parts of the world without adequate checks to ensure this material is actually recycled, and without consideration of whether other countries will continue to accept it in the long-term. Our overall sense is that over a long period government has allowed the obligations to keep rolling forward without asking the important questions.”