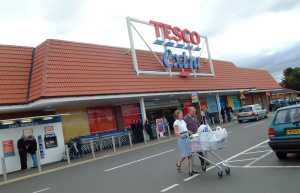 Supermarket giant Tesco will deploy new packaging designed to keep its fruit and vegetables fresher for a longer period, as part of its effort to reduce food waste in the UK.

Tesco said it will work with UK-based company It's Fresh to trial a 8cm x 4.5cm strip containing a mixture of high-tech minerals and clay that absorbs ethylene, a hormone that causes fruit to ripen and turn mouldy.

According to It's Fresh, the packaging is 100 times more effective than any similar existing materials and estimated to lead to a potential saving of 1.6 million packs of tomatoes and 350,000 packs of avocados every year.

The retailer will trial the technology in packs of tomatoes and avocados, and implement it across 80% of tomato varieties currently on sale if it proves successful.

Initial trials further down the supply chain suggest that the device could be used across a wide range of fruit and vegetables.

Tesco ambient salad and avocado technologist Steve Deeble said: "The packaging is a major breakthrough in the fight to combat food waste and could save the fresh produce industry tens of millions of pounds each year."

Last month, retailer Marks & Spencer launched similar packaging for all of its strawberries and further trials in its stores showed a minimum wastage saving of 4%, which during the peak strawberry season would equate to 40,000 packs or 800,000 strawberries.

Recently, Tesco announced its decision to drop its plan to label the company's 70,000 products with a carbon footprint logo.

The retailer will phase out the label, co-developed with UK-based Carbon Trust, after using it on just 500 products, and will consider alternatives to replace it.

Mondi and BIOhof to jointly offer sustainable packaging for tomatoes