France-based glass container manufacturer Verallia has reported that its revenue for the first quarter (Q1) fiscal year 2022 (FY22) increased 24% to €750m ($818.37m), on a reported basis, compared to the corresponding period last year.

For the quarter ending 31 March 2022, the company’s revenue increased 23.9% at constant exchange rates and scope.

The company’s adjusted EBITDA margin declined slightly to 24.4%, from 25.1% the year prior, due to the mathematical and expected dilution resulting from the increase in sales prices. 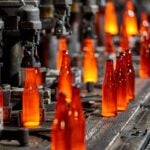 Verallia chairman and CEO Michel Giannuzzi said: “Verallia posted a very strong sales increase as a result of a highly dynamic glass market and price increases, offsetting some of the cost inflation.

“In the current geo-political context, leading to unprecedented energy inflation and a negative inflation spread, the group increased its EBITDA thanks to the operational leverage from the increase in volumes, and its performance action plan.

“Despite the current uncertainty, Verallia can rely on its agility and resilience and therefore reaffirms its 2022 objectives.”

For FY22, the company expects its annual revenue to increase by more than 10% after a substantial rise in volumes in a buoyant market, and the increase in sales prices.

Verallia operates a network of 32 glass production facilities in 11 countries, with approximately 10,000 employees.

In March, Verallia suspended production at its facility in Zorya, Ukraine, amid Russia’s invasion of the country.