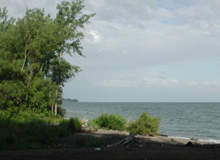 In January 2010, New York-based Tessy Plastics announced its plans to expand its existing injection moulding plant in Elbridge, New York. Construction of the new 90,000ft² building commenced in early 2010 and was completed in the third quarter. In 2010, Tessy also purchased a 270,000ft2 building, which was earlier being used as warehouse by Syroco. The expansions were the result of a 45% increase in sales in 2010.

Tessy’s headquarters in Elbridge now spreads across an area of 430,000ft². The company added around 140 employees in 2010 and now has a total of 700 full-time employees.

Tessy invested $11m in the expansion project, of which $2m was allocated towards procuring machinery. The remainder was used for the construction and fitting of the plant with material handling systems, utilities and other mechanical features.

In 2003, 60,000ft² of manufacturing and warehouse space was added along with eight electric injection presses with a clamping force of 100-400t. The expansion enabled the company to produce high-volume parts for Gillette. An investment of $6m was made for the expansion.

In 2004 another 30,000ft² was added to make room for automated assembly and testing equipment. The expansion cost the company $11m and included construction and equipment costs. A 16,000ft² Class 100,000 clean room and an 8,000ft² Class 10,000 clean room for medical moulding products were added as part of the expansion. The new space and equipment were used to manufacture plastic parts for Johnson & Johnson. In 2006, another 42,000ft² of warehouse space was added, followed by a further 40,000ft² in 2008 following an investment of $4m.

The expansion in 2010 has facilitated Tessy to allot equal manufacturing and warehouse space to the medical and consumer products divisions. It was undertaken after Tessy was awarded a contract for a new assembled deodorant packaging. The company is carrying out moulding of the new packaging using the 12 injection presses.

VIP Structures based in Syracuse, New York, was awarded the contract to carry out the expansion in July 2009. The company has carried out several of Tessy’s previous expansions. CDM, an engineering and construction company based in Cambridge, US, was involved in the previous expansions at the plant.

Tessy chose to continue to expand the Elbridge plant due to the favourable incentives that the Onondaga County Industrial Development Agency (OCIDA) and New York State have offered the company.

“The OCIDA provided Tessy with a $1.3m grant for the project.”

The expansion also received $400,000 funding from the New York State Electric & Gas (NYSEG) as a part of the economic development under the new rate agreement that came into effect from September 2010.Tessy had been awarded similar grants in the past by the OCIDA for various expansions. In 2003, Tessy became eligible for a $400,000 capital grant, which was used to purchase new machinery and equipment. Other Tessy facilities located in the US are already in the Empire Zone Programme.