Nature of Disruption: Seawing is a 1000 square meter parafoil that flies at an altitude of 300 meters. Its hardware consists of three parts including bridge equipment, deck equipment, and flying equipment. Bridge equipment oversees the operation and monitoring of Seawing, as well as the EcoRouting system. Deck equipment enables the automated take-off and landing of the parafoil wing. It includes a mast, trolleys, winches, and a storage space. The wing is pulled out of the storage by the trolley system, before being inflated at the top of the mast for take-off. The flying equipment includes the parafoil wing, a flight control pod, and an umbilical cable that controls the automated and optimal flight of the wing. The wing is linked to the pod, which in turn is linked to the ship through the umbilical cable, handling traction, transferring data, and providing power to the pod. Seawing is activated at the push of a button which unfolds, operates, and refolds autonomously. It is simple to use, operated from the bridge, with minimal training required for crews to deploy and operate. The wing can automatically adjust its position depending on the direction and speed of the wind, as well as the speed and route of the vessel. This can optimize performance, thereby decreasing the load on the engine. The kite’s control interface enables automated operations and monitoring from the wheelhouse.

Outlook: Nearly 3% of the world’s CO2 emissions are contributed by the shipping sector and Airseas aims to reduce it with the new Seawing automated kit. The kite system can be retrofitted to virtually all ship types, requiring only about two days for the conversion and not hampering the cargo operations in port. In December 2021, Airseas installed the first Seawing system abroad a cargo ship chartered by Airbus to move large aircraft structures between its distributed manufacturing plants around Europe and its final assembly plant in Toulouse. The startup aims to implement Seawing on 10% of the global fleet over the next decade. 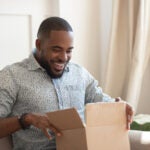 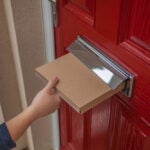