Nature of Disruption: Heimdal feeds seawater into a machine that removes acid by rearranging molecules in the water using electricity. It employs electrolysis to alkalinize brine waste that is released into the ocean. The process generates hydrogen and chlorine gas, sodium carbonate, calcium carbonate, and magnesium carbonate, thus sequestering large amounts of dissolved CO2. This ocean-based direct-air-capture system runs solely on desalination brine wastewater and renewable energy inputs. This reduces ocean acidification and boosts ocean carbon buffering. Seawater that has been de-acidified can be reintroduced to the ocean, where it will naturally absorb CO2.

Outlook: Existing direct air capture technologies capture CO2 from the atmosphere. Heimdal is taking a different approach and works with the ocean. Because ocean water has a higher CO2 concentration than air, it can capture more CO2 in a smaller volume. This approach also requires far less energy and land area than typical direct air capture, making it less expensive. This technology claims to be able to capture CO2 for $475 per ton. The startup plans to build the next facility either in Portugal, on the site of a decommissioned power plant, or in Dubai, where it would be colocated with another desalination plant. 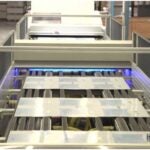 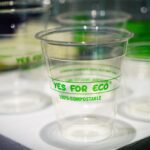