Russia has reportedly started military training exercises, in the southwestern part of the country, amid ongoing tensions with neighbouring country Ukraine.

Approximately 3,000 personnel are participating in the exercises that include live-fire drills, Reuters reported, citing the country’s defence ministry.

Russian news agency TASS also confirmed the commencement of the tactical drills. It added that the drills began in the Voronezh, Belgorod, Bryansk, and Smolensk Regions.

The training activities will include qualification firing from small arms and armoured vehicles’ guns amid mock enemy action.

Ukraine Crisis
What smart labels can do for food waste reduction 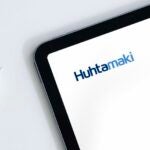 Up to 300 items of military hardware will be involved in the military manoeuvres, including BMP-2 infantry fighting vehicles and T-72B3 tanks.

The Russian Ministry of Defence also announced that the Southern Military District (SMD) will participate in seven joint international exercises in 2022.

This includes INDRA-2022 with the Indian contingent, naval drills with Egypt and Kazakhstan, and military exercises on foreign territories.

The relations between Russia and the West have deteriorated recently over Ukraine.

Russia has reportedly amassed thousands of troops near the Ukrainian border for a potential invasion, an allegation that Moscow denies. The country wants Nato, the intergovernmental military alliance, to end its eastward expansion that threatens its safety.

US and Russian officials recently met in Geneva to defuse the tensions.

Last month, the US shipped the final components of a $60m security systems package to Ukraine.

According to the US Government, Ukraine can use the materiel for self-defence purposes only.