New Zealand-based Cryptopia has become the latest cryptocurrency exchange to suffer a breach resulting in the loss of assets valued at $1.2m.

While small in comparison to past crypto exchange hacks, the latest breach has once again highlighted the vulnerabilities of cryptocurrencies like Bitcoin and the exchanges that hold them. Given the high value of the coins held, the difficulty of recovering the stolen assets, and the often lacking security that crypto exchanges possess, they prove time and time again to be easy targets for hackers.

With customers often left counting their losses, these security lapses could damage the reputation of the cryptocurrency market and put off potential investors. But how does the price of Bitcoin, which altcoins usually tend to follow, react to breaches?

Verdict looks back at the crypto exchange hacks that occurred throughout 2018 and the impact that they had on Bitcoin prices. 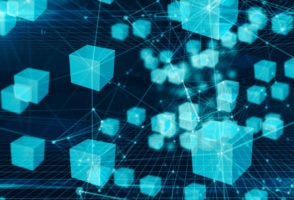 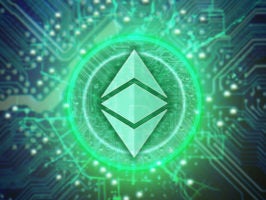 Shortly after Bitcoin prices peaked in December 2017, Coincheck suffered a $530m loss after its system was compromised. This surpassing the previous $460m record set by Mt Gox in 2014 to become the biggest crypto exchange hack in history.

Unsurprisingly, the Bitcoin price saw a sharp drop as a result, with the hack wiping 10% off of the cryptocurrency’s value throughout the day. Over 24-hour, prices fell from a high of $11,660 down to $10,470 according to CoinMarketCap.

Bitcoin continued to dip in the week that followed, as Japanese regulators confirmed that they would crackdown on cryptocurrency exchanges in an attempt to prevent future thefts.

By 2 February, prices had fallen below the $10,000 mark for the first time since Bitcoin’s remarkable rise. By closing, prices stood at $8,830 having bounced back slightly from lows of $7,800.

Italian cryptocurrency exchange BitGrail claimed in February to have lost approximately $195m worth of cryptocurrencies belonging to their customers to cyberattackers.

Despite its claims, the finger was pointed at the exchange – the main portal for the trading of NANO tokens – following the hack. This was the result of some strange moves by the exchange, including halting customer withdrawals during the previous month.

Regardless, Bitcoin prices fell 8% throughout the day, from a high of $8,620 to lows of $7,930. However, the fears of crypto traders were short-lived. Bitcoin prices had recovered to $8,130 by closing, and rallied above its pre-hack price the following day.

South Korean crypto exchange Coinrail announced a breach in its system that resulted in the loss of $37m worth of cryptocurrencies Pundi X and NPXS.

While no Bitcoin was stolen in the heist, the price of the leading cryptocurrency plunged by $500 in an hour. The price fell by a further $500 throughout the day, which was later dubbed ‘Bloody Sunday’.

By the end of the day, Bitcoin was trading at around $6,800. A week after the incident had occurred, Bitcoin prices had fallen further to under $6,500.

Despite speculation that the two incidents were linked, many thought otherwise as the drop in price was disproportionate to the scale of the attack.

At the time the world’s sixth largest crypto exchange, Bithumb saw some $31m worth of cryptocurrency stolen.

Bitcoin prices immediately plunged by more than $100 from around $6,700 to $6,575 according to Coindesk records. However, the market quickly bounced back, returning to normal by the end of the day.

The week that followed saw sharp falls in the price, at one point falling to around $5,800, before returning to $6,100 by the end of the week. However, this was not the result of the Bithumb hack.

Japanese exchange Zaif announced that $60m worth of customer assets stored in online hot wallets had been lost to hackers. The hacker made off with Bitcoin Cash and MonaCoin, as well as 5,966 Bitcoins which made up more than half of the haul.

Surprisingly, the hack had little impact on the price of Bitcoin. Despite a small dip, prices actually rose on the day that the hack was announced and remained stable throughout the following day, which was unusual given the impact that previous breaches had.

This caused some to question whether the market had normalised exchange breaches following a year of disruption. 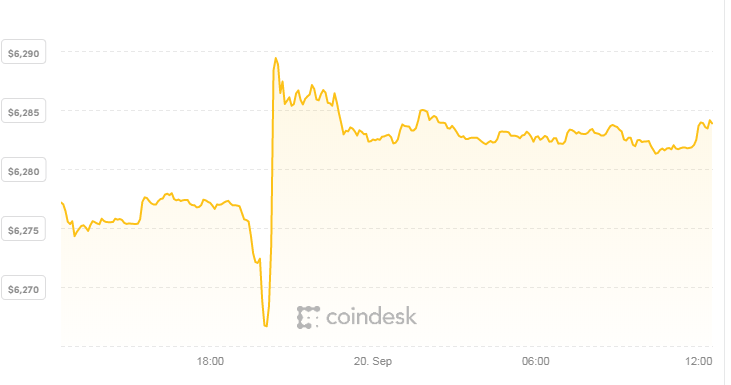 Swiss blockchain company Trade.io saw 60m of its Trade tokens (TIO) stolen late last year. The hack was surprising, given that the wallets were stored on an offline cold storage device. Trade.io claimed that this device was locked in a safety deposit box inside a bank, offering little insight into how the wallet was accessed.

As the stolen funds were taken directly from Trade.io’s backup funds, the theft did not impact customers. Unsurprisingly, the price of Bitcoin was unaffected, remaining at around $6,400 throughout the day.

Canadian exchange Maplechange took to Twitter to announce that it had been drained of all of its assets by hackers during a staged maintenance, amounting to around $5m in total. Some 913 Bitcoin was lost in the hack.

In the week that preceded the hack, trading volume on the platform has increased greatly from around $5,000 daily to a peak of $65,000, which led many to believe that MapleChange was orchestrating an exit scam (where the exchange disappears, taking customer funds with it). This is another security risk that comes with leaving cryptocurrency assets in online exchanges.

Hack or exit scam, Bitcoin prices remained stable regardless, hovering between $6,400 and $6,500 throughout the day.

What does this suggest?

While the price of Bitcoin did fall on the day of the Cryptopia hack, this was a result of the confusion surrounding Ethereum and the Constantinople hard fork, rather than the breach.

While heists launched on cryptocurrency exchanges – regardless of size or scale – once had a dramatic impact on the crypto market, causing prices to plummet, it seems that these sorts of incidents have been normalised by the community after a year of hacks and scams.