PC users and their personal data have been left vulnerable to security risks due to out-of-date PC applications, new research has found.

Digital security company Avast gathered anonymised data from 163 million devices worldwide and has discovered that 55% of PC applications installed worldwide are out-of-date. This has risen by 7% since 2017.

When an application is left without being updated, users open themselves up to hackers and malicious software, as new security updates are not installed, leaving vulnerabilities as bugs and exploits aren’t fixed. Considering the average PC is six years old, there is a lot of scope for out-of-date PC applications to stay on the system.

Although it is recommended that users should check for updates regularly to avoid any security issues, many do not as they are not aware of the risks, or are not aware that software is out-of-date. 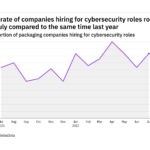 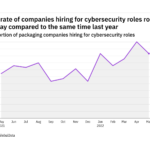 Last week Microsoft announced that it is stopping support for the hugely popular Windows 7 operating system in January 2020, meaning that even more users are set to run unsupported software in future.

9% of Windows 10 users, on the other hand, are running on out-of-date versions of the product.

Avast also looked at the applications where updates are most frequently neglected. They found that Adobe Shockwave is least frequently updated, with 96% out of date, closely followed by VLC Media Player and Skype at 94%.

Microsoft Office, one of the most-installed products, is also one of the most out-of-date apps. Globally, 15% of users still have the Enterprise 2007 version installed, even though Microsoft no longer issues security patches or bugs fixes for that product. The same will happen soon for Office 2010, as support for the application will end in 2020, but this is not such a problem as it is only installed on 3% of PCs worldwide.

Ondrej Vlcek, President of Avast believes that as PCs get older, more needs to be done to ensure they are not exposed to unnecessary vulnerabilities:

“Most of us replace our smartphone regularly, but the same cannot be said for our PCs. With the average age of a PC now reaching six years old, we need to be doing more to ensure our devices are not putting us at unnecessary risk. With the right amount of care, such as cleaning our hardware’s insides using cleaners, optimisation and security products, PCs will be safe and reliable for even longer.”