In January 2018, China initiated the biggest change in plastic recycling in history by effectively banned the importation of over 20 kinds of foreign waste – including plastic – as part of an initiative to focus on its own domestically-produced waste.

What the world has discovered since then is the dirty little secret of the plastic recycling business: nobody really wants the stuff.

Prior to the ban, China was taking in over seven million tons of scrap plastic each year from Europe, the United States, and other parts of Asia, including Japan. Recyclers in China use scrap plastic to produce plastic pellets as raw material for everything from office furniture to fibre-optic cables.

Plastic waste is piling up after China’s importation ban

Since the importation ban was implemented in January, waste plastic is stacking up globally as the supply of recyclable plastic greatly exceeds any demand for it. 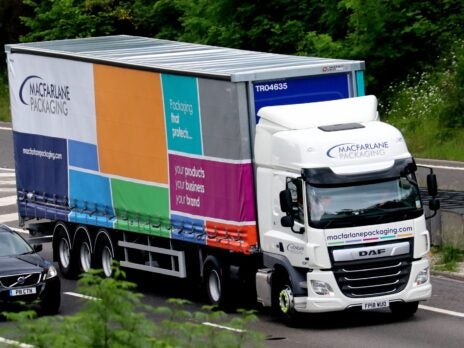 Press reports comment on “mountains of plastic waste” piling up in Japan. In the United States, some waste recycling plants have given up sorting plastic and paper recyclables to be sold as scrap, opting instead to send both directly to landfills. Some American towns have even given up on collecting recyclable waste.

Developing country markets like Vietnam and Malaysia have picked up some of the slack from China post-ban, but the industry consensus is that tighter regulations and increased taxes will prevent Southeast Asia from helping to maintain the status quo for plastic waste.

Asia has been a dumping ground for plastic waste

The depth of the plastic recycling problem is stunning. According to a recent study from the University of Georgia, China’s plastic waste ban will displace an estimated 111 million metric tons of plastic waste by 2030.

Given that the days of exporting the waste plastic problem to China may be over, the only way out may be to stop creating so much plastic waste in the first place. If so, fast-moving consumer goods companies may soon find themselves on the front lines of the issue.

For now, the average consumer is likely to be oblivious to the plastic recycling crisis. Support for recycling is high, and the vast majority of global consumers see recyclable packaging as a core element of environmentally-friendly packaging.

A rosy consumer view toward recyclable packaging that may be unwarranted

According to a GlobalData 2017 Q1 global consumer survey, 75% of consumers globally see recyclable packaging as an important factor in environmentally-friendly packaging.

But would consumers feel the same way if they knew that packaging they thought was being recycled actually ended up in a landfill? The reality is that there is no way to be certain that the plastic waste a consumer has dutifully collected and presented for recycling is actually being recycled.

Indeed, reality bites when it comes to plastic waste. According to National Geographic, just 9% of all plastic produced globally is recycled.

But this issue is unlikely to come to a head without some kind of catalyst. One catalyst may be cost; if the cost of handling plastic waste were to double or triple from current levels, then consumers may be inclined to pay attention.

FMCG companies have the potential to force the issue too, by using packaging that does not depend on third-party recycling activities that may or may not take place, depending on market conditions.

Sooner or later, an enterprising FMCG company is going to make downstream packaging waste transparency a key issue and a major point-of-difference. Given how quickly companies have jumped on the “let’s ban plastic straws” to show we care about plastic waste bandwagon, that day may come sooner rather than later.