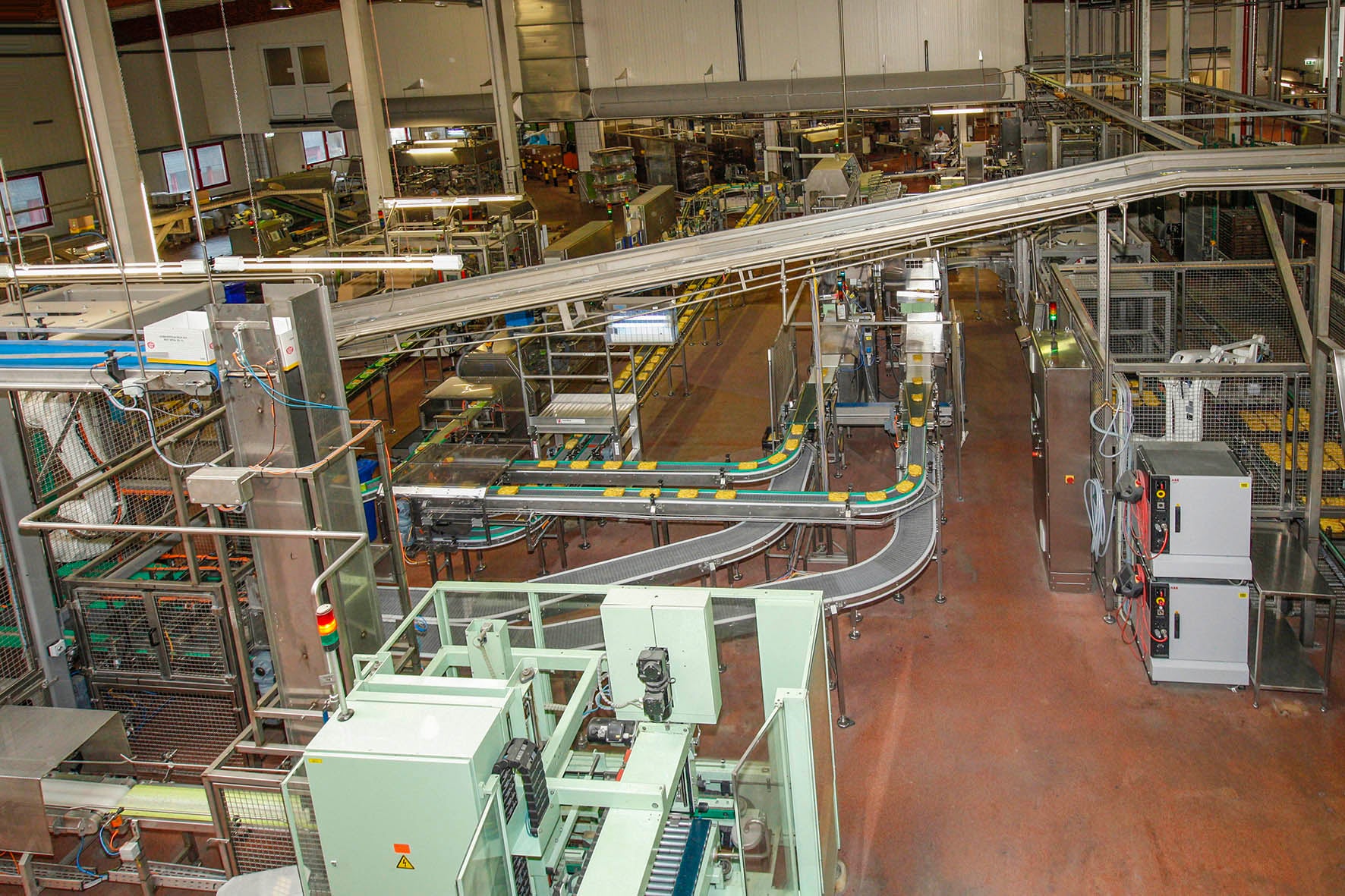 Its name, meaning potatoes, gives a hint to one of the main product ranges such as fried varieties, hash browns or au gratin potatoes. The company recently invested in a completely new carton and folding boxes packaging line.

General contractor planning the facilities was Wörrstadt/Germany located Carpentier Packaging GmbH. To fulfil all tasks, the machine builder realised a two-lane configuration replacing two older devices by only one. This new line enables Wernsing to deliver large-scale consumers with carton packed convenience products, as well as retailers by folding boxes with 400g up to 3kg content.

Because of the wide-spread product range the line has to face a lot of different challenges. The concept respects two general variations. On the one hand, potato goods are laid into cartons for wholesaling, on the other, they are packed in folding boxes for retail business. To combine both possibilities within only one configuration, the following processing way has been chosen.

Coming out of cooling section and sealed in foils, the fresh potato products are transported as four or 16-piece units to a single conveyor belt and by the first robot, running in four rows. Then they are separated again to a double-lane flow. After passing the inspection and weighing systems, the bigger packs are distributed to a lower belt and put into cartons or plastic boxes by the second robot.

While producing retail packs, the folding box section is used. First there is a servo-driven tuck-in carton former of type HSA/60/V5 that is equipped with four heads and delivers 75 pieces to each of the two lanes. The formats of the boxes can be chosen individually and can be changed very rapidly. The following insertion station allows to pack the bags even as double-layers.

Afterwards folding boxes are merged on a single conveyor belt and printed with all relevant data. Then they are folded by a straight-on carton closer of type GV-HM and glued with hotmelt. Its maximum capacity is 250 strokes per minute. Then the retail units are ready for transport packaging

Tietz said: "Carpentier adapted all machines to our needs," he said. "After an operation time of about one and a half year running, we can determine that all components run very reliably and without noteworthy interruptions. All the more this is remarkable because the line has to handle a great number of various product sizes."

He emphasises the increase of efficiency and the costs reduction gained by the two-lane configuration.

"Now we can realise a considerably higher performance," he added. "The capacity of the two closers formerly used was limited to 60 units each. Now we can process 150 strokes per minute at only one machine without any problem. Moreover, there are fewer operators needed to run these facilities."

Carpentier Packaging to Exhibit at Interpack 2017

Carpentier Packaging is to exhibit at this year's Interpack 2017 conference and will do so...

Carpentier to Exhibit at Fachpack 2016 in Nuremberg

At Fachpack 2016 international trade fair for packaging technologies, Carpentier Packaging is to present its...