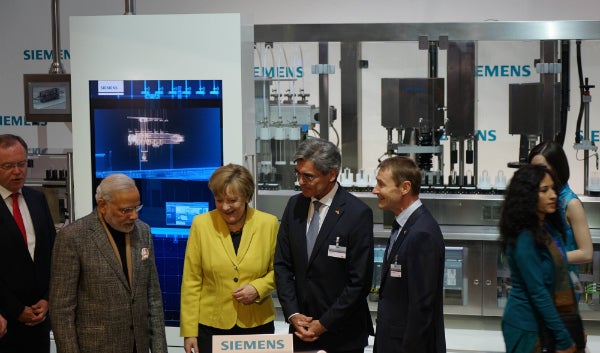 After strong growth in recent years, OPTIMA packaging group GmbH (Schwäbisch Hall, Germany) was able to keep the consolidated sales volume of over €330m at a high level in 2015.

"The order situation continues to be very pleasant for us. However, more long-term prognoses are currently difficult," says Hans Bühler, member and chairman of the family company’s executive board. "We are very satisfied with the business development in 2015, because the high level was maintained from our exceptional year in 2014. In the 2014 fiscal year, large-scale projects were the decisive factor, which led to an increase in sales."

In the last five years, Optima has increased sales by approximately 60%. At the end of 2015, sales were more than €330m, just like the year before.

Over 80% of the overall performance was obtained abroad. Factors currently influencing the global economic climate play a subordinate role here. Changing markets in Brazil and Russia were compensated by growth in the US, Europe and India.

The company’s portfolio ranges beyond systems engineering. Software that transfers data from the upper-most level of the company (ERP) to production for controlling systems is an important component of Industry 4.0. Service functions such as condition-based machine maintenance (condition monitoring) or a digital X-ray view into machines are also in high demand on the market.

"Only a few companies of comparable size provide a similar spectrum of technologies," explains Bühler. The company regularly reinvests its profits, particularly into research and development.

Optima currently employs 2,050 staff worldwide, around 1,500 of them in Schwäbisch Hall. There are 200 employees who work at the locations in Marburg and Radolfzell (METALL+PLASTIC GmbH). The company, which was founded in 1922, is family-owned and now in its third generation with the current manager Hans Bühler. It has 13 foreign subsidiaries worldwide.

Optima is one of the ‘hidden champions’. Highly skilled employees are a central factor for success. In order to keep their technical skills and professional qualifications continuously up-to-date, all employees have access to a wide supply of resources for continuing their training.

Traditionally, high priority is given to the professional training of junior employees. Each year, there are more than 170 young people in training at Optima worldwide.