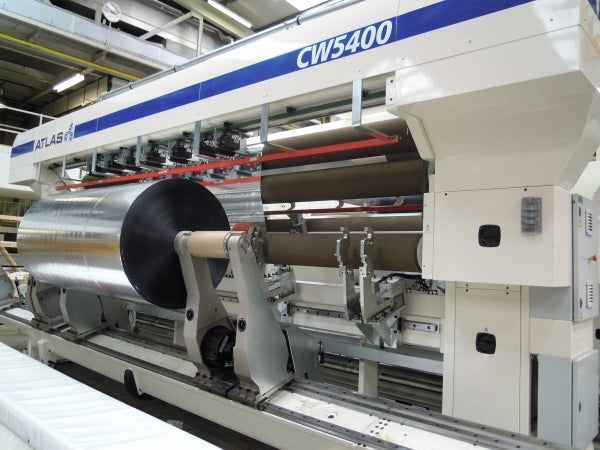 Atlas Converting Equipment will participate at no less than four regional exhibitions during the first quarter of 2015.

At all four events, details of the latest developments in the Atlas CW Series and Titan SR9 Series slitter rewinders will be available, covering a wide range of flexible materials including plastic film, flexible packaging, labels, laminates and paper. This year, Titan celebrated its 50th Anniversary as a global leader in slitter rewinder technology.

In addition to the Atlas CW3600 and CW1040 Series slitter rewinders launched in 2012, the company has also recently introduced the CW5400 Series available in widths from 3.6m to 5.4m. The complete CW Series of more compact film slitting solutions now covers machine widths from 2.5m to 10.4m at speeds of up to 1,500m/min.

The Atlas CW Series has been designed to cope with the increasing speed of film production lines and does not just rely on a sustainable, increased running speed to achieve this – the CW Series also has faster acceleration and deceleration cycles. Compared with conventional primary film slitter running at 1,500m/min, producing rewind lengths of 8,000m, the Atlas CW Series has a faster rewind cycle, but at only 1,200m/min.

This latest Atlas technology features wireless rewind arm positioning, automatic knife positioning and direct drive web path rollers ensuring optimum web tension for films as thin as six micron and up to 125 micron. Electrical cabinets are now fully integrated in to the machines to reduce the space required for installation with ‘under floor’ service channels no longer required. More than 60 of the new Atlas CW Series film slitters have been sold to many film producers across the world.

The Titan ER610 compact duplex slitter is available in two widths of 1,350mm and 1,650mm with running speeds up to 450m/min – as well as an option for 550m/min – and has been particularly successful with many sales during this year bringing the total number now in operation worldwide to more than 150 machines.

Atlas & Titan continue to be a global leaders in the design and production of high-performance slitter rewinders and these latest technologies set a new benchmark in the slitting and rewinding of plastic films and flexible packaging materials.

Comprehensive customer support is provided through a new service platform and a global network of operations based in Europe, North America, Mexico, India, South East Asia and China.