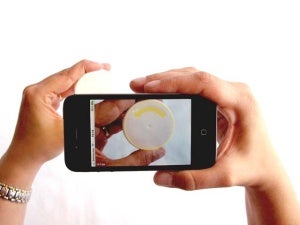 AlpVision and Nolato Medical announce a new partnership to establish collaborative activities to protect primary plastic packaging against counterfeiting. The partnership is based on AlpVision’s breakthrough patented Fingerprint technology, which enables brand owners in the pharmaceutical industry to track and authenticate mass produced products manufactured in a mould with a scanner or an iPhone.

Coined the ‘crime of the 21st century’, counterfeiting of pharmaceutical products accounts for an estimated $600bn in global trade. Among other preventive measures, packaging can play an important role in deterring copying, tampering or package pilferage.

In response, AlpVision, the world’s leader in digital invisible technologies for product authentication and brand protection, and Nolato Medical, a leader in polymer products and subsystems, are leveraging each other’s expertise to establish collaborative activities to protect primary pharmaceutical packaging against counterfeiting.

The partnership builds on AlpVision’s patented Fingerprint technology, a breakthrough authentication solution based on the object ‘as is’. With no change to the standard moulding practices, the process involves capturing a digital image of the intrinsic microscopic surface irregularities found in a mould, then using that image as a reference to authenticate an entire production of moulded parts, such as vials, containers and lids, test tubes and caps. To perform a genuine-or-fake verification, brand owners can simply use a standard office scanner or iPhone-like device.

With a great deal of experience in developing and producing pharmaceutical plastic packaging for leading global pharmaceutical companies, Nolato Medical will now be able to offer its customers a high-security, cost-effective anti-counterfeiting solution to track and authenticate any products manufactured by moulding. Unlike any other safety features, AlpVision’s authentication solution can be applied before the product deployment or once in the market, by using the original mould.

"We are thrilled to develop this new partnership with AlpVision," said Christer Wahlquist, president of Nolato Medical. "AlpVision’s Fingerprint solution is a welcome addition to our company’s product portfolio, which already consists of a range of tamper-evident caps."

"I am excited to leverage Nolato Medical’s extensive expertise in the medical device and pharmaceutical packaging areas," said Dr. Martin Kutter, president of AlpVision. "By combining Nolato Medical’s knowledge with our Fingerprint technology, I strongly believe that we will be able to reduce the penetration of counterfeit pharmaceuticals into the legal supply chain and better safeguard patient safety."

From Branding to Protection

What Does the EC’s New Tobacco Products Directive Mean for Manufacturers?

On April 3 2014, the European Commission published an updated version of the Tobacco Products...

AlpVision has announced the release of its first overt, consumer verifiable, security feature.Smart Embossing, utilises...

AlpVision has announced the release of its first overt, consumer verifiable, security feature.Smart Embossing, utilises...