When it comes to managing the pressures of food scares, packaging suppliers have considerable experience. From the migration of ESBO into baby food to the decomposition of azodicarbonamide, shocks and scandals appear periodically in the world’s press.

In March last year, the industry suffered a jolt equal to anything the last decade had thrown at it. Toxic mineral oils from recycled packaging were discovered by government researchers in Zürich to have migrated into the very food the packaging was designed to protect. The world’s media converged upon the story, circulating reports of unknown health risks lying deep within the bowels of the food cycle, with hidden chemicals in breakfast cereal and poisons in pizza.

These stories carried all the embellishments one would expect to accompany a public health scare. So it’s perhaps ironic that the news sources covering the piece were involved in ways they might not initially have thought. Not only are newspapers major constituents of the paper supply chain, but the offending chemical in this scare actually stems from a component of the ink used in their production.

The oils are fat-soluble hydrocarbons, which, depending on the chain length, can be easily absorbed by the human body. Studies done on rats show the chemicals can accumulate in the liver, heart valve and lymph nodes, which, according to toxicologists can cause organ inflammation and even perhaps cancer. There are always uncertainties involved in inter-species extrapolation, but there is the possibility of similar chemical behaviour in humans. 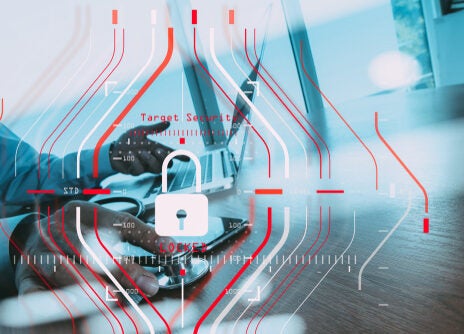 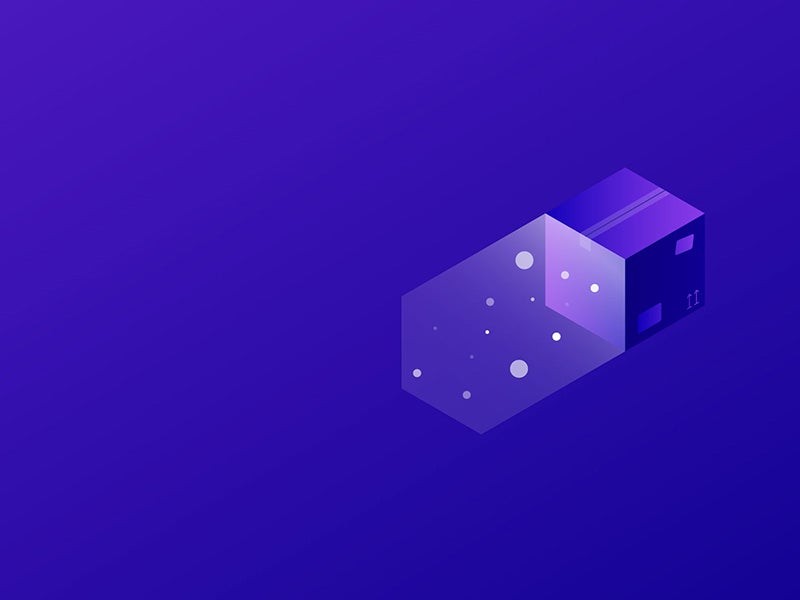 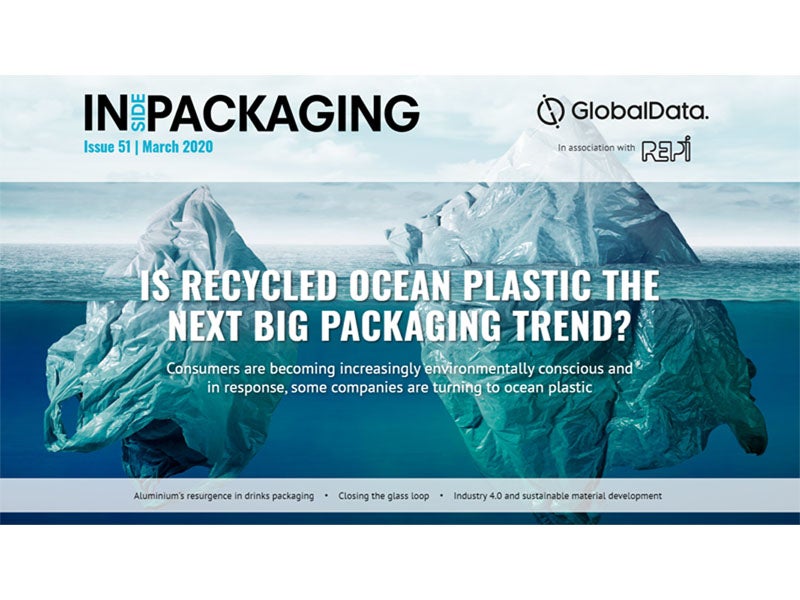 Dr Koni Grob is chief chemist at the Swiss Official Food Control Authority, which first undertook the research in 2011. His team tested around 119 German food products for their exposure to mineral oil and found somewhere between ten to 100 times the normal level present in foods using recycled cardboard. According to Nick Kernoghan, UK director at packaging testing and consultancy firm Pira International, this research has serious credibility.

Data, insights and analysis delivered to you View all newsletters By the Packaging Gateway team Sign up to our newsletters
“Not only are newspapers major constituents of the paper supply chain, but the offending chemical in this scare actually stems from a component of the ink used in their production.”

“Grob has a long-standing reputation for ferreting out potential contamination problems in food packaging,” says Kernoghan. “Everyone believed the results when they were published. The data was very well presented, very credible and peer reviewed, so there was no controversy in that respect, and I don’t think the packaging industry tried to resist it.”

Although research on mineral oil remains scarce, the UK Food Safety Authority (FSA) has published evidence on the back of Grob’s study corroborating his original findings. Indeed, despite some minor regulatory arbitrage, most food authorities across EU member states are saying the same thing: that there is the possibility of risk to consumers depending on the quantity of mineral oil they consume.

Despite these warnings, the FSA and other regulators have not acknowledged any specific health risks to the public. In the conclusion of one report, the FSA states: “… exposure to mineral oils in cartonboard food packaging is not a risk to consumers’ health… there is no need for consumers to change their eating habits with respect to food that has been packaged in virgin or recycled cartonboard.” This unwillingness to recognise any one danger reflects the scientific community’s deep uncertainty about the short and long-term health effects of oil migration.

“It’s very hard to say anything terribly constructive at the moment about the potential toxicity of these mineral oils because we just don’t know,” Kernoghan argues. “The general hazard is equal to how toxic the substance is multiplied by the exposure. What we have here is minor exposure, which seems to indicate that the general risk is low. The toxicity is the unknown aspect, but again there is no evidence to suggest that it’s bad and I think this explains the regulators’ attitude.”

On top of uncertainty about the levels of toxicity, the amount of chemicals actually ingested by the public is thought to be fairly nominal. In any 100g of rice, for example, the maximum level of mineral oil that can leak into the food is around 2mg, which is not, on its own, a harmful amount. The possible danger exists from chronic long-term poisoning, where oil gradually accumulates in the body’s organs. But, even here, the dangers are unclear.

“I think we have background evidence that indicates that there isn’t anything terribly toxic going on in the world of European consumers,” Kernoghan says. “Chronic poisoning would tend to depress overall life expectancies. But if you look at the statistics, they aren’t going down.”

“The dangers are unclear, but potentially come from the possibility of chronic long-term poisoning where oil gradually
accumulates in the body’s organs.”

There is, despite our relative blindness, enough evidence around to indicate the possibility of harm and to mandate a search for solutions. Without confirmation of any imminent danger, the rational thing, according to Kernoghan, is to take the time out to find a fix.

“As a general rule the very worst thing that you can do if you have a substance added to packaging is to rush through and substitute another substance that is less well understood,” he says. “It’s much better to try and understand the effects of the one that you’ve already worked with and know reasonably well.”

Kernoghan raises the azodicarbonamide scare as a potential model for dealing with food packaging scandals, particularly this one. In that case, it was discovered that the chemical, used by the industry as a blowing agent, produced small amounts of the carcinogenic substance semicarbazide when decomposed. There, as now, the levels produced failed to constitute any immediate danger to public health, but were still sufficiently worrying to merit further consideration.

“The industry got together with the regulators and agreed that it was time to properly investigate the problem,” Kernoghan says. “It took about two years but it really was the best way to deal with it, rather than rushing in and making the situation worse.”

The dangers of a knee-jerk reaction to the current problem are clear. Any flight from recycled board towards virgin board would eliminate the migration of mineral oil, but at the expense of total market dislocation. The price of virgin board would rise uncontrollably and the supply for sustainable products would collapse, bringing down packaging companies all over the world. Fortunately, a panic of this kind hasn’t materialised; consumption patterns remain basically the same, and though packaging companies were initially alarmed, recycled paper still circulates healthily around the supply chains.

Various solutions were mooted as the need for caution became evident. One idea is to improve the way paper is sourced by segregating recycled newspaper from recycled packaging. At the moment, vast quantities of both are mixed together in giant piles at recycled paper mills. Changing this would be hard without cooperation at the consumer level, where the public would require separate bins to deal with recycled paper.

“What you would find, if you managed to do this, is levels of mineral oils gradually falling because they are mainly contained in ink-heavy newspapers,” Kernoghan says. “You wouldn’t get rid of the problem overnight though because mineral oil is only very slowly removed from the paper recycling process. But, very gradually the level would come down and eventually, over a matter of years, it would disappear.”

Another solution, which doesn’t depend upon dispersed consumers, but is still slow, would be to reduce the overall level of mineral oil contained in the inks. The trouble here is a lack of incentive for newspaper proprietors, who won’t want to reduce their margins for a problem they are not directly causing.

A third possibility would be to improve the efficiency of the recycling process itself. As things stand, recycled paper is mixed in with water and chemicals to dissolve contaminants. Chemicals like mineral oils, which don’t dissolve in water, tend to stick to the fibres and become a component of the package.

“A new process could be introduced, which would definitely remove mineral oils and other contaminants from paper,” Kernoghan says. “But in many ways I think this is the toughest task of them all. It would make paper recycling a much more expensive process and possibly render recycled paper uncompetitive relative to virgin paper. I think this is a very difficult solution for the paper industry to actually implement.”

The final solution is the one that packaging companies have to some extent already adopted. Finding a way of physically obstructing the mineral oils from reaching the food could reduce and even eliminate migration. Many of the major cardboard companies have started to produce this kind of technology. The Mayr-Meinhof Group, a major European board supplier, has created a built-in barrier, which it believes will completely eliminate oil migration.

“This is my favourite solution in so much as I think that individual brand owners have control over themselves,” Kernoghan says. “Most of the other measures require quite a lot of cooperation up and down the supply chain, which means things become intrinsically more complicated.”

Working on a proprietary basis may eliminate some of the problems associated with coordinated action, but it also removes the possibility of a genuinely collective solution. Companies are likely to view their end product as intellectual property regardless of the wider public benefit it might have. Without a consolidated effort to improve things, barrier technology may ultimately depend on the aptitudes and attitudes of individual proprietors.

“You can appeal to the companies that have solved the problem and claim it’s for the greater good that they release the solution, but they would probably take the attitude that it’s a proprietary advantage.” Kernoghan argues. “I think you have to have a certain amount of sympathy for that because developing a barrier is not a cheap process. But that’s the problem – he who spends the money, has the answer.”

Industry experts will be listening carefully as the European Food Safety Authority offers a verdict on the safety of minerals in the coming months. But with research on mineral hydrocarbons still so scarce, it’s unlikely that any judgment will vary too much from current opinion. That uncertainty about the effect on human health is perhaps the most disturbing aspect of this food scare. Not only does it give the issue considerable gravity but it demands that the media, public and the wider packaging industry show patience and equity in the search for solutions.